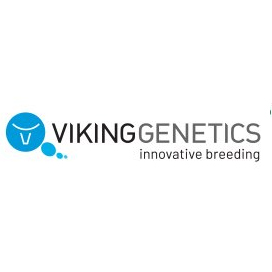 A dairy farm begins with a calf, and satisfactory female fertility is therefore an important part of any dairy business. A cow needs a calf periodically to be able to re-start lactation and continue milk production while heifer calves are also needed to replace older cows.

Management strategies relating to the replacement of culled cows have changed over time. Today, many dairy farmers use sexed semen to produce replacement heifers from the best cows/heifers and use conventional semen, usually in combination with beef semen for the remaining cows.

From a financial point of view, this is very favourable as cow longevity is improving, which means cows have a longer useful life and the need for replacement heifers is lower than it used to be. What’s more, many dairy farmers now realise that it is expensive to raise heifer calves both for their own use and for selling.

In the 1980s and 90s, the target was very much about increasing milk production which meant imported semen, mainly from North America. Due to the negative genetic correlation between milk production and female fertility this led to a decline in fertility, phenotypic and genetic, which soon became a practical problem on dairy farms.

In the Nordic countries breeding for improved fertility has been taking place for more than 40 years. Photo: VikingGenetics

Breeding strategies were then changed so that more bulls were selected from pedigrees with an increased focus on fertility and at the same time avoiding some international pedigrees with poor fertility-related performance.

The effect of this change was most evident in Holstein cows where a rapid increase in the genetic level has been observed up until today. A similar trend can also be observed in Jersey cows and the red breeds but at a lower level because these in general have better fertility than Holsteins.

Figure 1 – How VikingGenetics bulls compare with bulls from other countries.

Figure 1 shows genetic trends in fertility in Holstein cows, based on the Interbull fertility index. Shown here is a comparison of Nordic (DFS) bulls with bulls from other countries. The effect of the change in breeding strategy for fertility mentioned can be clearly seen from the year 2000. The trend is similar for all countries, but the Nordic Holstein bulls remain at a higher genetic level.

Given the VikingGenetics share of the Holstein world population our bulls are performing very well. For Jersey bulls, the main competitors regarding fertility are New Zealand bulls. However, 8 of the 10 highest ranking bulls for daughter pregnancy rates in the United States of America (US) are still VikingGenetics bulls. In the case of the red breeds, the list is dominated by Norwegian bulls, however for the Nordic Total Merit (NTM), the list is totally dominated by VikingGenetics (VG) bulls.

With regards to fertility, it is easy to conclude that Viking­Genetics’ bulls are highly sought after on the world market. The reason for this success is very much the focus on fertility. For example, for Holsteins the weighting given to fertility in the Danish total merit index, the S-index, was 0.18 in 1989, later it increased to 0.26. When NTM was introduced in 2008 the weighting for fertility was increased to 0.41. This was subsequently adjusted to 0.36 in 2019.

Activity data has not yet been included in breeding value estimates, but research has shown that this is possible. Moreover, activity data can provide information about strength of heat and insemination time. The latter is of interest because research has shown that the time windows for insemination with conventional and sexed semen are different to maximise the chance of conception. According to farmers who use activity data for heat detection, they have seen an increase in fertility results compared to not using activity data. The greatest challenge to the use of activity data in breeding value estimation seems to be access to data as it is not straight forward to transfer large volumes of activity data from measuring equipment to the respective databases in the Nordic countries.

The last 40 years of breeding for improved fertility in the Nordic countries has purely focused on improving daughter fertility – achieving a pregnancy with the fewest possible semen doses and as quickly as possible after calving. With the introduction of genomic selection in 2008, we have seen a clear difference in the age of the insemination bulls.

A typical age for a proven bull before genomic selection was at least 6 years whereas some of the insemination bulls used today are under 1-year age.

Semen quality from very young bulls after maturity is known in general to have lower pregnancy rate than an old bull. Due to this reality, VikingGenetics is focusing more on the evaluation of semen quality from young bulls. Little research has been done within this aspect, mainly because data are not readily available. In addition to cow data, data is needed on the bulls themselves. This should be detailed enough for enough data on each individual jump and be able to trace each dose from jump to insemination. VikingGenetics has initiated ‘The Digit Bull’ project to shed light on male fertility and find areas for improvement.

VikingGenetics is one of the world-leading providers of innovative and sustainable bovine genetic products and solutions, cooperatively owned by 20,000 dairy and beef farmers in Denmark, Sweden, and Finland. All VikingGenetics products and services are based on scientific data to improve the everyday life of dairy farmers around the world. In the Nordic countries, we have the healthiest cows with the highest milk production and the lowest use of antibiotics and hormones in the world. More about VikingGenetics

Passive improvements are an easy route to better fertility

Why you should consider breeding for healthier dairy cows

VikingGenetics is one of the world-leading providers of innovative and sustainable bovine genetic products and solutions, cooperatively owned by 20,000 dairy and beef farmers in Denmark, Sweden, and Finland. All VikingGenetics products and services are based on scientific data to improve the everyday life of dairy farmers around the world. In the Nordic countries, we have the healthiest cows with the highest milk production and the lowest use of antibiotics and hormones in the world. More about VikingGenetics