Many American dairy companies are struggling after a three year period of relatively low prices. Strikingly, the milk price is too high to make production drop, but too low to make a company profitable.

For many years already, Wisconsin has been the number one dairy state of the United States (US). When it comes to total milk production California has taken over though, but Wisconsin is still the leading state in cheese production. And they are very proud of it. The state likes to position itself as America’s Dairyland. But also in this dairy paradise, many dairy farms are struggling.

According to data of the Ministry of Agriculture, the average number of dairy farms in the US decreased from 111,825 farms in 1995 (with a total of 9.5 million dairy cows) to 40,219 farms with 9.4 million dairy cows in 2017. This reflects in a growth in the average number of dairy cows per farm from 85 to 234. Also in Wisconsin, each year hundreds of dairy farmers are forced to give up their farm. Local media share these sad stories on a regular basis. Small farmers that are overtaken by the large farms is often the case. If dairy farmers intervene timely, there is still some built up capital left. If they wait too long, they end up bankrupt. Remarkable this year is that an expected record number of dairy farmers will stop their dairy farming activities. Last June, 54 ceased their business. In the month before, 78 farmers stopped. But in July alone, 388 farmers topped. In the period 2008-2018, 41 dairy farms stopped per month on average. The number for 2018 raises the question if there is something else going on besides the normal evolution of dairy farming. This is what spurred the governor to set up the Wisconsin Dairy Task Force 2.0 last summer. This is a commission with representatives from across all parts of the industry, who will make recommendations to turn the tide.

As the name suggests, it is not the first time such a commission was set up. An earlier version of the taskforce was set up in 1985. In those days, dairy processors were dealing with overcapacity and a low milk supply. According to some the opposite is the case today. Now there is too much milk and too little processing capacity. According to Mark Stephenson, dairy analyst at the University of Wisconsin and chairman of the current taskforce, this is not entirely the case for Wisconsin. There is still enough capacity, but not more than that. However, milk production in the US keeps on increasing year after year as a result of upscaling and an increase in production volume due to the use of better genetics and management. It is also clear that there are no market outlets for extra milk in the US.

To ensure that the domestic population needs are met, the number of cows actually has to decrease. In the last decades, dairy export enabled farms to grow, but the US has no dairy export tradition like we know in Europe and New Zealand. According to Stephenson, there are several reason to start the taskforce. Firstly, the increase in dairy farmers who cease their activities. The milk price has been fluctuating for a while now, but the duration of the current dip, more than three years, is what seems to cause problems for most of the farms. Another topic that the taskforce will focus on is the shift in milk production. For years, the growth of the milk production was seen in the states on the West coast (from the Dakotas to New York). But we see now that milk production growth is seen in the North and North east of the US. In Michigan for example, milk production doubled to five billion kilogrammes over the past 20 years. On the other hand, milk production in California showed a slight decrease. The growth in the Northern states is not in line with the growth in local processing capacity in these areas and hence changed the regional value of milk. These are the two important topics the taskforce addresses, but there is more. Funding of long-term research into milk production and processing for instance. Especially the latter is not easy. America’s dairy export position should improve in order to manage all this milk. The US has to find new customers and new products need to be developed.

It is quite remarkable that in the last three years of relatively low milk prices, the milk supply has not been restricted in the US. A part of the dairy companies, the big boys in particular, handle the current prices well or see enough reason to increase milk production for a better cashflow. Others get into debt or use up their own capital to survive. The milk production spike is also the result of the year 2014, when milk prices were high. A lot of money was made that year and that money was partly invested in adding more cows to the herd and hence increasing the milk production. The number of farms with more than 2,000 cows is growing. Kenn Buelow, co-owner of Holsum Dairies in Wisconsin estimates that the larger and largest dairy companies in the US now account for about 80% of the total milk supply. This upscaling is the result of a number of factors. There is more and more knowledge available on how to run large dairy companies (information about health, feeding, finances etc). This is why the efficiency of large herds and profitability per cow are still increasing.

According to Stephenson from the taskforce, the situation is complex, but obvious that the core of the problem lies in having too much milk for too few consumers. He thinks a lack of processing capacity is not the most important issue. If prices rise, extra processing capacity can easily be built. However, nobody wants to produce extra dairy products when there are no customers willing to buy it for a reasonable price. A surplus of milk is not only a problem for the US, addresses Stephenson. But the situation in the US is more difficult because of tensions around trade agreements and farm labour issues. On top of that, the market for liquid dairy products is deceasing and a number of dairy farmers is affected by a growing number of supermarkets that start processing dairy themselves. Earlier this year, supermarket chain Walmart started its own dairy plant in Fort Wayne, Indiana. Dean Foods ended supply contracts with more than 100 dairy farmers and decided to close down a dairy plant. There is a chance more supermarkets will start processing their own milk and that is bad news for the American dairy market. Due to decreased sales of liquid dairy there is already overcapacity.

Milk price low, but no crisis yet

For Wisconsin the decreasing sales of liquid milk is less relevant. In this state, 85 to 90% of all milk ends up in cheese. But indirectly, the trends on the milk market have of course impact on this state. This is why the taskforce calls the shift in milk production and the changed regional value of milk important points to consider. It is difficult to forecast how the situation in Wisconsin and in the US will evolve. Clearly, large farms will produce better and more efficiently. A good year with good prices enables these farms to invest immediately. It remains unclear what will happen with these farms in times of crisis. The milk price has been relatively low for more than three years now, but has still not reached the drastically low level of 2009. How long will the big dairy companies survive with low price levels like this? It is clear however, that the current situation is particularly rough for some of the relatively small dairy farms. 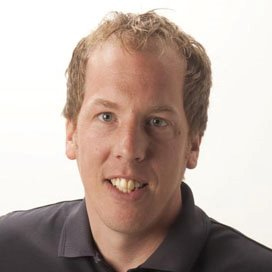