New Zealand’s dairy production is predicted to fall by 2-3% for the 2015-16 season with Kiwi farmers culling cows and cutting spending on feed and fertiliser.

As their season gets underway with the arrival of the southern hemisphere spring, farmers in NZ are facing the prospect of the lowest farmgate milk price in 13 years. For younger, often more financially vulnerable farmers and sharemilkers, it will be the lowest milk price they’ve ever experienced.

Farmers and New Zealanders in general have been watching with dismay as commodity milk prices continue their perilous drop on the GlobalDairyTrade (GDT) auction platform with some now calling for Fonterra to suspend sales of product on the platform. They are worried that as the NZ production season gets underway increasing volumes of product the co-operative puts on the platform are only exacerbating over-supply problems and pushing prices down faster and further. At the August 4 auction the whole milk powder (WMP) price (one of the major ingredients in New Zealand’s farm gate milk price) dropped another 10.3% to US$1590/tonne – that’s less than half what it was in February this year. Since June WMP prices have fallen by more than 30%.

Fonterra has indicated it won’t be considering such an action and denies that suspending the auction will do anything to ease current demand supply imbalances. Undoubtedly the product would still need to be sold and some have pointed to the risks moving away from the auction could create in building inventories – further delaying a rebound in prices.

However, on a year on year basis Fonterra has been reducing the volume of product it puts on the platform, instead seeking to sell an increasing percentage of its product as value added products and ingredients.

As analysts now push back the timing of any significant price recovery until early 2016, DairyNZ, the NZ industry-good, farmer levy-funded body, has estimated that at a NZ$4/kg (milksolids) MS total payout, farmers face a potential deficit of NZ$250,000 for the season. Nationally the average operating expenses were $4.95/kg MS for the 2014-15 season (including an adjustment for unpaid labour/management and depreciation). Farm working expenses – without those adjustments – were $4.10/kg MS. This season DairyNZ is forecasting farmers will shave about 30c/kg MS off those costs. Agri HQ is predicting the farmgate milk price for the 2014-15 season will be $3.34/kg MS. That doesn’t include any dividend Fonterra pays out.

Farmers have already taken steps to try and minimise losses – culling a record number of cows before this season began. Agri HQ analyst Susan Kilsby says official cull cow statistics show that for the year ended June 2015 a total of 1,083,500 cows went to the meat works. Those numbers include a small number of cull beef cows but it’s estimated the cull dairy cow kill was more than 20% up on the previous year. Some farmers are revisiting their farming systems too, looking to reduce cow numbers on the milking platform so they have enough home-grown feed to graze more cows on the home farm area through next winter and rear more youngstock at home. Given those figures and system adjustments DairyNZ doesn’t expect to see herd sizes increase in NZ this season.

It’s also predicting the use of bought in supplementary feed will be down as farmers try to cut costs.

Feed, fertiliser and wages are typically the big three in dairy farmers’ budgets and fertiliser use is predicted to fall with some farmers opting to mine soil fertility for a year. Those reductions are all pointing to a drop in milk production out of NZ by at least 2-3%, DairyNZ says. Like farmers around the world Kiwi dairy farmers are controlling what they can behind the farm gate and hoping that world supply/demand rebalances quickly. 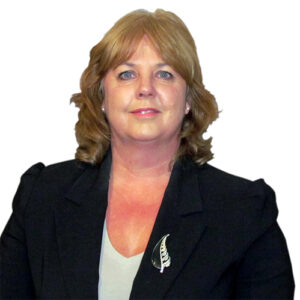