As climate change becomes an omnipresent issue in global agriculture, heat stress in Europe will become an increasing issue in, not only the usual areas, such as the Mediterranean and Central Europe but also in more temperate countries like UK, Germany and France.

It is accepted that heat stress results from a combination of temperature and humidity over and above the thermoneutral zone of the cow. The NRC (2007) have defined a temperature and humidity index (THI) that correlates with rectal temperature and shows thresholds above which the animal will suffer heat stress. However, much of the early heat stress work was carried out in the USA where animals would have adapted to higher temperatures to start with (Chamberlain, unpublished). Hence, animals from traditionally cooler climates may start to suffer physiological effects at a lower THI.

Heat stress results from the combined effect of elevated ambient temperature and humidity, which compromises the cow’s ability to dissipate body heat. Cows are relatively adept at coping with short-term increases in temperature and humidity as long as they return to lower values relatively soon. Heat stress mainly affects performances through a reduced feed intake, associated with a reduced rumination and buffer content in saliva. These effects are cumulative and result in negative energy balance with potential for ruminal sub-acute acidosis (SARA). Cows initially rely on non-evaporative cooling methods, such as convection. However, in increasingly hot and humid environments these are less and less effective meaning the cow must turn to methods, such as panting and even these methods become less effective as humidity increases (West, 2003). Additionally, drooling animals will lose saliva and one of the main buffers for the rumen: HCO3 (Chamberlain, unpublished).

Heat stress mainly affects milk yield and milk fat percentage, but also lowers feed intake, reproductive performance and, often, bodyweight. If heat stress occurs prior to insemination, it is associated with decreased fertility in cattle which can continue well after temperatures have cooled down. High-yielding animals are more susceptible due to higher milk production and dry matter intake (DMI) (West, 2003). In this modern dairy industry the trend is towards larger farms with more cows producing more milk – this situation lends itself to greater negative impact from heat stress. Affected animals will try to lose heat by maximising body surface area exposed to air. This means that they will opt to stand rather than lie down. This has implications for both claw and udder health.

Environmental and nutritional modifications can be implemented to address the challenges of heat stress. Genetic selection for more effective thermoregulation and more efficient heat loss has also been cited as a potential mechanism for reducing impact on farm (West, 2003).

Methods for combatting heat stress are not new or very scientific. Providing sufficient shade, as well as cooling and good ventilation (air flow) are the basic principles. In terms of outside shade, West (2003) suggests 4-6m2 per cow. Cooling is often in the form of spraying the animals with either a fine mist or heavier spray of water. Either of these require adequate ventilation in order to be effective, which can be provided via natural or forced (fans) ventilation. Reduced stocking density is also another simply method that can be employed.

The main goal of nutritional management during heat stress is to maintain a healthy rumen function while providing optimal nutrient supply to limit the negative energy balance situation. This relies mainly on providing highly digestible feed while maintaining a safe forage to concentrate ratio. As DMI drops during heat stress, energy and nutrient density often need to be increased. However, resist the temptation to simply add more energy as concentrates (starch) to avoid compromising rumen function further. Fat is a useful ingredient to use for increasing energy density without generating additional metabolic heat (Chamberlain, unpublished) no more than 7-8% of the total diet should be fat. Encouraging feeding during cooler periods of the day and at night can often help offset the reduced DMI during the day. This also facilitates the shelf-life of ensiled forages that is reduced in higher THIs. Only high quality forages should be used and protein digestibility should be addressed. Feeding protein and nitrogen sources that promote microbial activity and provide some bypass element, such as Rumagen® (Alltech), without unnecessarily increasing blood or milk urea nitrogen levels may be used to increase overall protein digestibility. In a field trial in northern Italy, 200 dairy cows had their rations reformulated to include Rumagen during a heat stress situation. Improvements in both milk yield, as well as milk casein percentage were seen with a total return on investment of 3:1.

Requirements for certain minerals (potassium, sodium and magnesium) lost through sweating, panting and drooling increase and should be addressed through the diet. The dietary cation:anion balance of the diet should be closely monitored. Several feed additives as live yeast cultures, buffers, fat soluble vitamins (A, D, E), Niacin and selenium can be considered as to improve rumen function, immune response, to promote energy utilisation and feed conversion efficiency. Live yeasts, such as Yea-Sacc® (Alltech) have been shown to have beneficial effects on DMI, as well as subsequent milk production during periods of heat stress. In a study conducted during the Portuguese summer where temperatures ranged from 18 to 28°C adding Yea-Sacc to the diet lead to a numerical increase in both DMI and milk production across the trial period (June/July) (Novais et al., 2008) (Table 1).

In conclusion, as climate change develops heat stress is likely to become an increasing issue, including in more temperate climates. Thresholds at which animals in the latter regions succumb to the effects of heat stress are likely to be lower compared with published work derived from, for example, US data. Reduced DMI, milk production and fertility are some of the major physiological effects associated with heat stress, however, both environmental and nutritional strategies exist to combat the effects of heat stress. 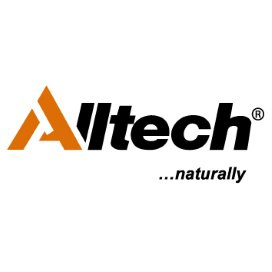 Exploring a dairy farm in Lebanon