Modern dairy cows eat a lot of feed. Jeremy Schefers, US Doctor of Veterinary Medicine and Assistant Professor at Minnesota Veterinary Diagnostic Laboratory, therefore, explains the importance of consistency in the rumen.

A modern dairy cow consumes 22–27 kg of dry matter each day, which is an impressive biological feat that is sometimes taken for granted. Getting that amount of feed through the small intestine requires quality and consistency. In order to keep the small intestine happy, a healthy and high-functioning rumen is needed. While the rumen is tough and has the ability to expand when large amounts of feed are present, the small intestine has a thin wall and can plug, twist, leak and rupture easily. However, many gut problems, like ‘bloody gut’ or ‘jejunal haemorrhagic syndrome’, occur after the rumen. The importance of consistency in rumen and small intestine health has been explained by Jeremy Schefers, Doctor of Veterinary Medicine and Assistant Professor at Minnesota Veterinary Diagnostic Laboratory.

The average mid-lactation, 680kg dairy cow consumes 4% of her body weight, explains Dr Schefers. This means she’s eating 27kg of feed each day. In comparison, a beef cow of similar weight rarely eats more than 13.5kg of dry matter (2.5% of her bodyweight), which is 37% less than the average dairy cow. “Dairy cows push 4 times more feed through the same small intestinal area than a cat or dog,” he said. While the rumen is often-times the focus of gut health concerns, the small and large intestine also play an important role in overall gut health. Combined, the small and large intestines of the average dairy cow are longer than in other animals. A 270kg Holstein heifer, for example, has a 36.5m intestine the diameter of a golf ball. A dog’s intestines span 2 meters (m) in length; a cat’s reaches about 1.2m; and human intestines span 12m. So, not only do dairy cows eat a lot of feed in comparison to other animals, but they also have more distance to pass during digestion.

Plugged intestines can create problems that can only be fixed if the obstruction itself is removed, said Dr Schefers. Obstructions are caused by a variety of factors, including poor water intake. Fore-stomach and abomasa impaction, for instance, can occur when cows don’t drink enough water or are fed a coarse, difficult-to-digest, high fibre diet. “The most important thing in pumping fluids is the water because if we don’t keep things flowing and keep things moving, it sets off a cascade of bad events that can lead to death,” said Dr Schefers in a recent interview. When obstructions occur, some vets will surgically open cows to break them down. The prognosis in such cases, however, remains poor, said Dr Schefers. Unfortunately, there are no good treatment options.

Perhaps the worst obstruction-related health issue is haemorrhagic bowel syndrome (HBS), an extremely complex life-threatening syndrome. Dr Schefers works in a diagnostic lab in Minnesota in the US where he gets a lot of questions about HBS. Often-times, though, HBS is not properly diagnosed, and there are usually all kinds of other problems that are ignored once HBS is diagnosed. “Usually what happens is if anyone sees blood in the faeces of a cow, they just assume it’s HBS and then they’re done,” said Dr Schefers. “They don’t do a necropsy. When they do a necropsy, they just examine the clot of blood and the intestine, and then they stop there. They don’t do a thorough necropsy to see what other things may have contributed to this bloody piece of intestine.”

Specifically, Dr Schefers suggests looking at the rumen and its content, and the abomasal and its content. “To examine a rumen and find it full of sand and gravel is an important finding and likely contributed to the problem,” he said. Veterinarians, he said, should not stop looking for predisposing factors. “If they find haemorrhagic bowel, that’s one finding, there’s still a lot more,” he said. “I understand why guys don’t do full necropsies. It’s a lot of hard work, it makes a big mess and the conditions are never favourable. But there’s usually a lot of things wrong with those cows. They need to be thoroughly examined.”

In 2015, Dr Schefers investigated 15 cows that were diagnosed with HBS by farm personnel. Of those, 14 didn’t actually have HBS. In fact, in his experience, HBS is misdiagnosed over half the time. It’s also incompletely examined.

In a recent necropsy performed by Dr Schefers, a string of balled-up plastic net wrap about 1 meter long and 3.6 kg of sand was found in the rumen of a cow. Photo: Minnesota Veterinary Diagnostic Laboratory

While there is no single factor that controls whether or not cows will end up with HBS, there is a list of factors that go a long way towards reducing risk. Earlier this year, Dr Schefers spoke at a feed conference in Minnesota where he provided attendees with a list of seven digestive upset interventions that are known to contribute to HBS. “If I can work on 2, 3 or 5 of those in some way or another, I know we can slow down HBS,” he said. “If farmers are complaining of cows with HBS and these digestive problems, if I work through this bullet list and they’re willing to make some changes, it does go away.”

1. Decrease ash content of feed: Ash content that is more than 10% indicates soil contamination, as in there’s too much dirt in the feed. While black topsoil will work through the GI tract, gravel and sand will accumulate.

2. Before pushing feed up to cows, push the edge of the feed pile and the dirt to the centre of the barn for disposal: For those using robotic feeders, note that the equipment can be set to leave some feed behind. “That slimy, wet feed closest to the concrete doesn’t always get pushed up, so there’s a little bit of a gap there,” said Dr Schefers. “But if a skid loader with a blade drives through with the blade down to the concrete to scrape it clean, I could make the argument that that’s worse than an automated feed pusher because you can set an automated feed pusher to not scrape the concrete clean. Some would argue that you’re wasting feed, but that slime on the concrete, that’s not feed,” he added. “That’s garbage.”

3. Consider increasing the amount of weigh back: If cows are not voraciously hungry, they will likely leave the bits of feed that are most undesirable, like dirt and chunks of mould. “If you look at the bunk after they’ve eaten 90% of the feed, the 10% that remains is not great feed,” he said. “Some farms will force cattle to get hungry and lick the bunk clean, so there’s no weigh back refusals because in their mind 10% weigh back refusals is 10% feed loss.”

4. Make sure feed is available for cows after milking

5. Increase neutral detergent fibre (NDF) from forage to stabilise the rumen: Fibre will displace some starches and may act like a net preventing large particles from slugging the intestines. “Fibre is always rumen friendly,” said Dr Schefers. “If the rumen is happy, it can do its job, and when it does its job, it sends things to the small intestine that the small intestine can tolerate. Part of the problem with these gut problems is the rumen isn’t happy,” he continued. “It can’t do its job for a variety of reasons. The rumen didn’t finish its job and it kicked the can down the road, but unfortunately the can it kicked down the road is not very friendly to the small intestine. So one way to keep rumen function optimal and keep the rumen happy is to just get it a little more fibre from forage.”

7. Consider a direct-fed microbial (DFM) when switching forages: “The rumen needs to do its job to present a friendly product to the small intestine,” explained Dr Schefers. “Sometimes when we switch forages the rumen isn’t acclimated to the new forage and it needs some microbial help to break down forages and have proper rumination. A direct fed microbial acts like a probiotic and helps break down and digest those new forages so when the rumen’s done with it and presents it to the small intestine, the small intestine doesn’t revolt from having something very unusual,” he continued. “That’s part of the problem with the small intestine: it can’t vomit it back up. Its only option is to send it all the way through and sometimes it doesn’t send it all the way through and then it becomes obstructed and plugged. I think that’s part of the reason we see so many HBS cases,” he added.

While Dr Schefers isn’t making any promises with regards to eradicating HBS altogether, by addressing the 7 issues on his list, producers can significantly reduce risk. Nutritionists, he said, will be particularly happy with the list of interventions, as they are recommendations that can be made without increasing costs. They spend a lot of time on-farm and often get more questions about digestive issues. “Most of these things are not hard to do and are easy to adopt,” concluded Dr Schefers. 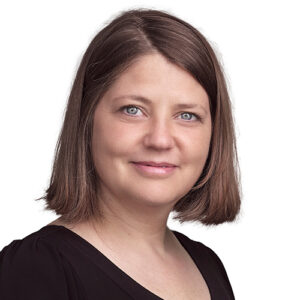