Here we look at the effects of postpartum clinical disease on milk production, reproduction, and culling.

Metabolic and hormonal changes occurring during the peri-parturient period of the lactating dairy cow are both profound and significant. Transitioning into a non-pregnant, lactating state from a pregnant, non-lactating state results in a massive redistribution of body tissues that involves all major body systems. It has been reported that up to 60% of lactating cows may develop either metabolic or infectious diseases during the first 60 days of lactation (Bisinotto, 2012).

Given that potentially 60% of lactating dairy cows may be affected by at least 1 disorder during the first 60 days of lactation, the productivity costs associated with the diagnosis, treatment, labour, and infrastructure represent a significant profit opportunity for the dairy enterprise. These variables do not account for the ongoing biological cost of the disease itself which directly impacts the total production during the lactation, individual cow fertility, and culling risk. To provide a brief example, hypocalcemia (including subclinical hypocalcemia) has been one of the most extensively studied metabolic conditions for the modern dairy herd.

Up to 60% of lactating cows may develop either metabolic or infectious diseases during the first 60 days of lactation. Photo: Dreamstime

It is now well understood that while only approximately 5% of cows in the US may be affected by clinical milk fever, almost 50% of periparturient cows may experience subclinical hypocalcemia. Early research suggested that a cow experiencing clinical hypocalcemia was 9 times more likely to exhibit symptoms of ketosis compared to cows not developing milk fever (Chamberlin et al 2013). Liang et al. reported that 1 case of hypocalcemia alone had an upfront cost (veterinary and labour) of approximately $102.00 and an additional $161.00 (culling risk, fertility, production) of future losses.

During the last 3 weeks of gestation, energy requirements increase due to foetal development and colostrum production. The mammary gland at 4 days post calving increases demands for glucose by 3 times, amino acids by 2 times, and fatty acids by 3 times when compared to the uterus at 250 days of gestation. At the same time, dry matter (DM) intake is reduced at the beginning of lactation. This mismatch between nutrient intake and demand generates a negative energy balance toward the end of the pregnancy that is prolonged for several weeks after calving, and the early-lactation period is typically characterised by an increase in the incidence of disorders that compromise production and survival. In a review of 26 experiments, a positive energy balance was achieved at 50 days in milk (DIM) with a maximum negative energy balance at 11 days post calving (Brixy 2005).

Pérez-Baez et al. (2019) performed a retrospective longitudinal study using the data from 476 cows from 9 experiments conducted at the University of Florida research dairy unit, Hague, Florida. The authors evaluated the effect of metritis, ketosis and clinical mastitis on milk yield during the first 28 days of lactation. In summary, these were the main results:

This study showed a reduction in production performance during the first 4 weeks of lactation in cows that developed metritis or mastitis during the postpartum period.

Dairy cows: Top 5 sustainable approaches to protein nutrition
The symbiotic relationship between the dairy cow and the rumen microbial population is the cornerstone of ruminant nutrition.

A recent study conducted in a 5,000-cow dairy from Florida evaluated the effects of clinical diseases during the fresh period (21 DIM) on milk production, reproduction, and culling rate of Holstein cows through the entire lactation (305 DIM). The researchers (Carvalho et al., 2019) classified 5,085 cows (1,814 primiparous and 3,271 multiparous) according to the incidence of clinical disease during the first 21 DIM as healthy cows or cows with either single or multiple clinical diseases: retained placenta/metritis, clinical mastitis, lameness, digestive problems, and respiratory problems.

In conclusion, this article shows the long-lasting detrimental consequences of clinical diseases during the fresh period in milk production, reproduction, and culling of dairy cows. Good management practices along with an adequate nutrition program should be implemented during the transition period to prevent clinical diseases and the economic losses associated with them. 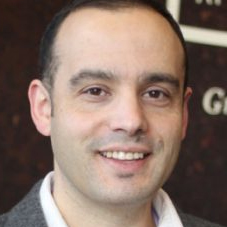