The routine of mature cows moving through a parlour is normally uneventful, but calf heifers venturing inside for their first milking experience can prove to be another story.

“Training heifers to become familiar with the parlour before they get there isn’t only important from a safety and animal well-being standpoint, but there’s also a large consideration for milk production,” says Amber Adams-Progar, dairy management specialist and associate professor at Washington State University. “Any stress on a cow or first lactation heifer ultimately affects milk letdown. We want to avoid this if we can.”

Cortisol, a stress-related hormone, impacts the physiological process beginning in the brain. As in humans, when cortisol concentrations increase, they display a type of feedback, causing oxytocin levels to decrease, lowering milk letdown. Stressed females are not able to relax immediately and will carry higher cortisol levels in their body for lengthy periods of time.

First, she says a method used by Dr Don Höglund, veterinarian, animal behaviourist and trainer, employs portable gates and fences in an open pen situation. This strategy, whether in a dry-lot or freestyle barn, acclimates heifers to moving single file through narrowly placed sets of panels. The purpose is for them to become accustomed to different environments than they face in their normal routines and help them understand they can move successfully and safely through these new situations.

The closer we get them to the actual milking process, the better off we are.

Secondly, an employable tactic is to move them through a parlour in trial runs. Udders could be cleaned, and milkers mock attached to simulate real conditions.

“The closer we get them to the actual milking process, the better off we are. What we’re doing is teaching them to remember, ‘I’ve been here before, this is not a new environment, the handlers aren’t new because I’ve already encountered them.’”

A third option is to mix heifers with mature cows as they are naturally social creatures preferring to move in a group. Adams-Progar explains this approach may work but warns the herd is made up of a social hierarchy with dominant and subordinate animals. By mixing in heifers, more dominant females may become aggressive to them causing the experience to be a negative event.

“You don’t want to shoot yourself in the foot,” she said. “Mature cows can show them where to enter and exit but we need to make sure they aren’t also harassing and bullying them. We don’t want them to associate milking with something bad.”

Also read: How to design the ideal dairy barn

Adams-Progar says the most important aspect during training is to keep them together allowing them the comfort of familiar interaction.

She doesn’t believe parlour variances would influence training success although the rotary systems allow animals to see each other during these events. Robotic milkers also provide consistency which may be helpful as heifers will be handled in exactly the same way each trip through the parlour, whereas human milkers will differ in demonstrated pressure levels.

Likewise, genetic background and breed distinctions may play a small role in training accomplishment as breeds such as Jersey are known to display slightly more curiosity in their behaviour than Holsteins. It’s possible they may adapt quicker when faced with a new environment. Some genetic lines have also been known to accept non-routine human handling easier than others, but even with extensive research aimed at identifying these lines, predicting this trait with certainty isn’t foolproof.

Adams-Progar believes a large portion of success depends on employees with the right skills and temperament.

“It’s not just about training the heifers,” she said. “Employees are vital to the situation. I can’t speak enough to both the safety of the handlers and the animals. People must be able to read behaviour, but this can’t be taught in an hour. It’s a certain skill set that comes together with the right temperament.”

She believes patience is key. Handlers working in maternity pens and with cow/calf pairs must be calm, steady in their movements, use correct positioning and have an awareness of their surroundings.

“If we think about a first lactation heifer with all those new, unfamiliar and potentially alarming hormones and maternal instincts racing through her body, it’s critical handlers understand this animal has a massive amount of maternal behaviour to deal with. She may be aggressive, and workers need to be aware of exit options. Problem-solving and thinking on your feet must be a part of the skill set.”

She describes training as a lifelong process rather than a course to be delivered 2 weeks before the need arises. Research at her Washington State lab examined levels of handling ease using video cameras focusing on flight zones. They observed 3 stages of life in 2 school dairies: a student managed cooperative and a regular dairy centre. Animals handled from a young age by the students became more difficult as they grew older. They concluded since these cattle were interacting more extensively with the students, often including petting and contact not related to necessary care, when normal flight zones were tested, handlers were unable to move them in small groups.

“They no longer had a flight zone,” Adams-Progar said. “It’s amazing how much of a difference handling practice makes, even as pre-weaned calves, it affects handling ease when they mature.”

She admits many dairies don’t employ training methods for first lactation heifers for various reasons, including time, economic issues, labour shortages and the seemingly ever-expanding realm of tasks. Most farms don’t take part, but urges producers to seriously consider the practice. Those not using any methods have relayed stories of problems and injuries occurring when heifers experience their initial visit to the parlour.

“It’s a new environment; they’ve never been there before, so it’s a unique and potentially stressful experience for both the employees and the animals. The new environment makes them more difficult to handle, and this makes it harder for employees to manage them.”

She suggests farmers attempt to incorporate some level of training into their operation but at minimum, she confirms a need for tools to make the experience as stress-free as possible. Gates should be located properly, crowding panels maintained and swinging freely, and infrastructure clean with secure footing surfaces to eliminate slipping and falling.

“It can be dangerous to move a new heifer into a parlour for the first time. I would encourage the use of a training strategy, but if this isn’t possible, ensure the tools are there to make it as safe and stress-free as possible for all involved.” 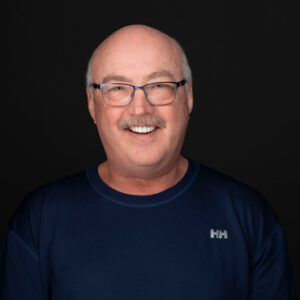