Zoetis: Shift from treatment to prevention

Mr Kelly will be speaking at the upcoming F&A Next event in May at Wageningen University. Mr Kelly has over 20 years of experience in the animal health industry and is the current President International Operations at Zoetis, a global company that produces medicines, vaccines and diagnostic products. With a revenue of $ 1.3 billion attributable to antibiotics for livestock, antibiotics are an important part of Zoetis’ total revenue of $ 5,8 billion.

Guidelines on antibiotic use

Mr Kelly sees that there is a major shift going on from treating diseases to preventing diseases. “There is a lot of innovation in this area, also at Zoetis,” adds Mr Kelly. A primary focus for Zoetis in 2018 was to increase the scale and market position in veterinary diagnostics. As a result, the company Abaxis was acquired, which develops instruments to detect diseases in animals. Also the acquisition of start-up SmartBow, which develops electronic ear tags for cows to detect signs of disease contributed to the renewed focus of Zoetis.

Startups are drivers for innovation

SmartBow is not the only start-up Zoetis collaborates with. “We acquired SmartBow in 2018 after a few years of partnership. With this acquisition we are able to speed up and scale up the development of the technology. That’s the same with other start-ups we collaborate or partner with. These start-ups are drivers for innovation at Zoetis and the collaboration can help start-ups further in their development.” Mr Kelly sees that the collaboration with start-ups is one of the multiple drivers for the existing R&D department within the company. As a result of the changing focus of Zoetis and the market, the scope of the activities of Zoetis is becoming broader. From being a company that is mainly active in vaccines and medicines, it has become a company that also deals with diagnostics for detecting diseases, genetic testing for prediction and services. “This does not mean that we think that antibiotics must not be used. We believe that veterinarians and farmers need the right tools to help their animals, with the condition that they use them responsibly.”

Another trend according to Mr Kelly is the rapid growth of, and in, the developing markets. Zoetis mainly sees opportunities in developing countries like Brazil and India and therefore also wants to do most of its future investments in these areas. “The middle-class in developing countries is growing fast. The population is growing at a rapid pace and the Western trends are also reaching the developing countries. That means that attention paid to, for example, sustainability and food safety is increasing and becoming more global.” Another Western development that is moving to other countries is regulation, Mr Kelly adds. “In the EU for example, we see a lot of regulation in animal health related subjects. There is a lot of focus on product and user safety. Additionally, we see a lot of innovation protection. Also these topics are becoming more and more important in developing countries. All in all, this means that standards for animal health products are being developed and implemented at a high pace.”

Zoetis has to deal with a lot of developments that are often driven by public opinion, followed by political influences and regulations that farmers and veterinarians have to cope with. “These 3 pillars drive a lot of innovation in animal health but are also different from each other. But in the end, we all want good and safe food products and healthy animals and our concerns and interests are not as far apart as we think. Keeping everybody happy is the thing you strive for,” addresses Mr Kelly. A good example of something everybody wants is reducing pain, especially in cattle. “It is something that is not covered well enough yet. In the coming years we will continue with innovation in pain management. Another ongoing subject that will drive innovation is sustainability. We will need more food for more people, produced on the same amount of land, but with less animals. This challenge will keep us, and the whole livestock sector, busy in the coming years.” 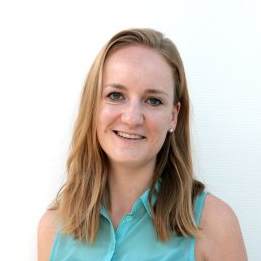