Combating the effects of heat stress in dairy cows

Climate change and weather extremes are becoming an increasing issue, not only in the warmer regions but also in more temperate countries. Heat stress results from a combination of temperature and humidity over and above the levels that the cow can tolerate. This makes it difficult for them to remove heat from their bodies, which can have consequences for health and productivity.

Cows can actually tolerate temporary, short-term increases in temperature and humidity as long as they quickly return to more comfortable levels. There has been a lot of research studying the thresholds for temperature and humidity above which cows will suffer heat stress but much of this early work was carried out in the US, where animals would have been adapted to higher temperatures to start with (Chamberlain, unpublished). This means that animals from traditionally cooler climates may start to suffer physiological effects at lower temperatures and humidity.

The natural methods cows use to cool down actually become less effective in hot and humid environments, so the cow then uses methods like panting and drooling (West, 2003), which are noticeable by the farmer. As the situation gets worse, even these techniques don’t cool the cow sufficiently.

Heat stress mainly affects milk yield and milk fat percentage but also lowers feed intake, reproductive performance and, often, bodyweight. If heat stress occurs prior to insemination, it is associated with decreased fertility in cattle, which can continue well after temperatures have cooled down. High-yielding animals are more susceptible due to their higher milk production and dry matter intake (DMI) (West, 2003). In the modern dairy industry, the trend is towards larger farms with more cows producing more milk — and this situation lends itself to a greater negative impact from heat stress.

Affected animals will try to lose heat by maximising body surface area exposed to air. This means that they will opt to stand rather than lie down. This has implications for both claw and udder health.

Environmental and nutritional management strategies can be used to address the challenges associated with heat stress.

Methods for combating heat stress are neither new nor very scientific. Providing sufficient shade as well as cooling and good ventilation (air flow) are the basic principles. Cooling is often attempted in the form of spraying the animals with either a fine mist or heavier spray of water but this requires good ventilation in order to be effective. Reduced stocking density is also another simple method that can be used.

The main goal of nutritional management during heat stress is to maintain a healthy rumen function while providing optimal nutrient supply to limit negative energy balance. This relies mainly on providing highly digestible feed and a balanced ration while maintaining a safe forage-to-concentrate ratio.

As DMI drops, it is crucial that the cow still receives all the nutrients she requires in whatever amount of feed she manages to eat. This generally means increasing the nutrient density of the feed. Adding starch to the ration to increase energy requirements can be detrimental in terms of acidosis, so the overall ration must be taken into account.

Fat is often useful for increasing the energy portion of the ration but the amount that can be used is limited. Only forage of high quality should be used — and remember that, in higher temperatures, ensiled forage will have a shorter shelf life, so fresh feed/forage should be offered more regularly. Requirements for certain minerals (e.g., potassium, sodium and magnesium) that are lost through sweating, panting and drooling increase and should be addressed through the diet. Using protein ingredients that allow overall crude protein to be reduced by increasing the production of microbial protein — as well as providing some bypass element to the ration, — can be a good strategy to help the animal cope with heat stress.

Several feed additives, such as live yeast cultures, buffers, fat-soluble vitamins (e.g., A, D, E), niacin and selenium, can be considered for their ability to improve rumen function and immune response and to promote energy utilisation and feed conversion efficiency.

Live yeasts, such as Yea-Sacc (Alltech Inc., KY), have been proven to have beneficial effects on DMI, as well as subsequent milk production during periods of heat stress. Yea-Sacc has been shown to:

• Promote digestion and utilisation of nutrients

All of these points promote optimal rumen function, leading to more efficient production with no negative effect on fertility. In a study conducted during the summer in Portugal, where temperatures ranged from 18–28°C, adding Yea-Sacc to the diet led to a numerical increase in both DMI and milk production across the trial period (June/July) (Novais et al., 2008) (Table 1).

In a farm study conducted in Italy during the summer, where temperatures ranged from 21–30°C, Yea-Sacc was added to the corn silage-based TMR. Throughout this period, it is normal to see a drop in DMI of around 5–10%, however, when Yea-Sacc was included, intake actually increased by around 2.5%. The result was an increase in milk production of 0.7kg/cow/day.

In conclusion, as our climate changes, heat stress is likely to become an increasingly common and challenging issue, even in temperate climates. Reduced DMI, milk production and fertility are some of the major problems associated with heat stress. Fortunately, both environmental and nutritional strategies exist to combat the effects of heat stress. Including Yea-Sacc in the diet helps to stabilise rumen pH and promote optimal rumen function, resulting in more nutrients for the cow from the same diet with less risk of negative energy balance during periods of heat stress. 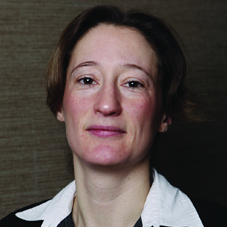 How to keep an eye on shedding and heat stress

Nutrition as a tool to adapt to heat stress