Sustainability in agriculture was the key theme of the biannual AgriVision event, which took place entirely digitally on 7 October 2021. In 2 sessions, various speakers addressed how to make agricultural production more sustainable. Perhaps the most heard message was that working together is essential to being able to meet future sustainability goals.

As sustainability in agriculture has been a hot topic for many years now, it is no surprise that the issue was key at the biennial Agri Vision conference, organised by Trouw Nutrition, part of Nutreco. Where the event normally takes place in the Netherlands, this time the organisers had to make do with a studio and cameras, which worked out well as the event attracted an audience from all over the planet.

In his introductory speech, Fulco van Lede, the new CEO of Nutreco, set the scene by asking how it will be possible to sustainably feed 10 billion people by 2050. He summed up challenge after challenge, “The way we farm animals and fish damages ecosystems and causes global warming. The environmental footprint needs to be reduced. Yet customers are unwilling or unable to pay for that.

He pointed into one direction with regard to a solution, one that was also voiced by Saskia Korink, CEO of Trouw Nutrition: “This is a bigger challenge than one company can solve. We have to engage with one another. Once we are done talking, it is time for action.”

How to become more sustainable in the European dairy sector
With much progress being made but much left to achieve, what should be the focus? Read more…

He pointed to the meat market, being relatively mature. He said, “Yes, animal protein is going to continue to grow, but most growth is growing in developing countries. It is not so much because of more wealth but also because of urbanisation. The expectation is that it will continue to grow.”

In contrast to a steady, calm growth, he pointed to the situation in the alternative protein markets – one that is very dynamic. “The picture is different, exciting, when we look at alternative proteins. There is dramatic growth. This industry is drawing in talented people and human resources. It’s so interesting because of the growth it represents.”

Asked what the emergence of alternative proteins mean for animal production, Sherrard said that most alternative protein products are now higher priced, offering a better margin. “One option is to make the product available at a large scale and make it more affordable… I think traditional protein is going to be the one that is sought-after.”

“This is not about replacing meat by something else. This is more about offering more choice to consumers. We can combine the existing animal protein offer with new things.”

In that same roundtable, Marcel Sacco participated on behalf of Brasil Foods. In the same debate, he commented, “This is not about replacing meat with something else. This is more about offering more choices to consumers. We can combine the existing animal protein offer with new things.”

Joost Matthijssen, director of venturing and business development at Nutreco, highlighted that for Nutreco it is important to explore and understand which other protein-producing technologies are available. He said, “For these new technologies, new value chains will have to be set up. An infrastructure for alternative proteins will have to be built up. It is an exciting area with more emerging technologies, like cell-based, fermentation-based technologies. They all require totally different methods of production. We are exploring what role we can play.”

Dairy product alternatives: What is the situation?
With the future of US dairy farming at serious risk according to some, how is the US dairy industry fighting back, and what may happen in future? Read more…

Asked when the first cell-cultured meat could be consumed in the EU, Matthijssen said it depended on various factors, including legislation. “And there needs to be an industrial scale-up. Nobody will buy it if they find a hamburger in a supermarket priced € 100. I would expect a timeline closer to 2030 than to 2025.”

One meat processor and food company that is already thinking about the protein transformation and the role it plays is Maple Leaf in Canada. Tim Faveri, the company’s vice president of sustainability and shared value, highlighted the company’s development in thinking. He took pride in explaining that Maple Leaf was named the world’s first major carbon-neutral food company. He explained that the company started looking to become “purposeful” in 2016/7. “We started to ask ourselves why we exist as a company and what role the company can fulfil in society.”

The road Maple Leaf took meant that it would have a meaning for every employee. Faveri explained, “It cannot just be seen as just another corporate strategy.”

One of the steps the company took was to “clean up all ingredients”, as Faveri put it, by going all-natural with its products and removing all preservatives and chemicals. “After the transformation, our tagline was We’re for real. That resonated with our customers significantly. Now our consumers are eating healthier.”

Becoming carbon-neutral was also achieved by, for example, looking into the supply chain. Being named the world’s first major carbon-neutral food company had a major impact, he said. “Our customers care about the planet. They don’t want to feel guilty about the choices they make. We are working hard for them.”

Perhaps the most thought-provoking presentation came from Dr Rogier Schulte, professor of farm systems and ecology at Wageningen University & Research in the Netherlands. He said that mankind is at a crossroads of sustainability, illustrating that it is happening all around with floodings all over the world, businessmen literally trying to leave the planet with their race to the universe.

He painted a picture of innovative, future-oriented, nature-inclusive agricultural production and introduced the concept of ‘lighthouse farmers’. A group of farmers with different crops and animals, from different backgrounds and cultures, together forming a worldwide group full of innovative ideas. Together they can go beyond thinking solutions but also get to the stage where things get done.

Among the various farm examples highlighted, he also mentioned As Ziedi farm in Latvia, having 2,000 dairy cows, plus 3,000 ha arable land growing a variety of crops. Schulte said, “Milk is the byproduct here. The main product is manure. The manure is put into anaerobic digesters, providing electricity. But that is also a byproduct. The main product is heat because that allows sturgeon and eels to grow. Within 2 years they can harvest fish, also a byproduct. Because caviar is the main product. It’s a caviar farm supported by dairy cows.”

He spoke of nature-inclusive rice farming systems in Indonesia, where fish and ducks are being kept at the same time. The ecological complexity reinforced each other. Another example came from Brazil, where clever agroforestry brought back the structure of the original Atlantic rainforest, enhancing biodiversity.

“There are no easy solutions. That is one of the lessons we learnt. That is why we cannot leave it at the feet of the farmers alone. We have to work together. The lighthouse farmers offer inspiration,” said Schulte. 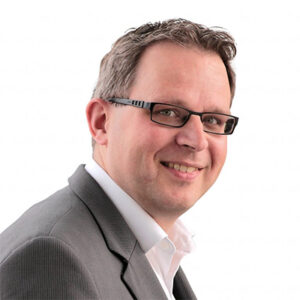 Chile’s new sustainability standards and the impact on dairy