Among the many key aspects of dairy farming is having good protocols when it comes to repeated work at the farm. In this article, we have gathered a few simple solutions seen by employees of CDMTCC during farm inspections in China.

One of the most important things is to be able to properly monitor the growth of heifers, especially during the first months. To do this, farmers need to register the weight of the calf at birth and then again at weaning to calculate growth and to make necessary adjustments if growth is not right.

The weighing process can be done in various ways but here is one simple and smart solution from a Chinese dairy farm. This farmer uses a plastic barrel that is cut in half and fixed to a sack truck as can be seen in the photo. The newborn calf is put in the barrel and then the caretaker simply drives the calf to the weighing station and then the whole unit, with the calf, is weighed on the scale. Afterwards, the calf is taken back to the box or hutch and the barrel is then washed and disinfected. This is a convenient and fast method and greatly improves the efficiency of calf weighing.

During the later stages in the life, the heifer should be weighed again like previously mentioned at weaning, but also later. Many farmers do this every 3-4 months. At the bigger Chinese farms, where there are thousands of heifers, not all heifers are weighed but typically a number of heifers are chosen randomly to weigh and to properly monitor growth and to increase the probability of the animal maturing enough to give birth at 22-23 months of age. This simple weighing unit on wheels (see photo) can come in handy. This homemade scale, built on an electronic weighing platform, is not only practical to use for weighing it also had a simple measuring profile so the farmer also could register the height of his heifers.

It can be a challenge to regularly move small calves from one place to another. The photo below shows a simple box that has wheels that can turn in all directions. The calves are simply driven into the box and the unit is pushed to where the farmer wants to place his/her calves. This method also allows the farmer to move several calves at once.

The creative and practical device below is basically a noise generator, which can be set to go off at a certain time of the day. This unit sounds an alarm that imitates various animals. What exactly is it for? This farmer had problems with birds coming to his feed storage facility, eating the corn and contaminating the stock with bird faeces. Birds are not usually a problem when people are present, but without anyone there, the facility is open and easy for birds to access. This simple device solved this problem.

In the warmer summer months, the use of water increases dramatically at many dairy farms. Not only do the animals drink more water but more water is used to wet the cows for cooling. Farmers worldwide need to help the environment by using water in a smart way. The photo below shows a simple but smart solution to reduce the use of water. This farm installed a wetting system in the return alley for the cows leaving the milking parlour, but instead of having the system run throughout the milking, it has a motion sensor connected to the electronic valve. When a cow leaves the parlour, the system starts automatically and stops when the last cow has left the return alley. Quite a simple but smart system! 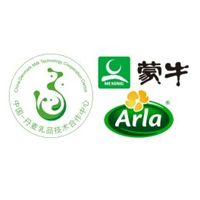