Is milk production growth as high as expected? 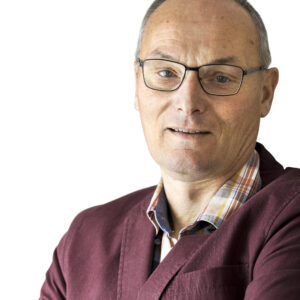 It is my pleasure to present to you my thoughts on global dairy topics in this first issue of Dairy Global.

In my opinion the most important milk regions of the future will be situated in South East Asia where demand for milk is huge especially in 2013-2014, China for example currently imports a huge amount of milk powder. Until 2013 New Zealand was the preferred supplier, but since a year ago countries in the EU such as (the Netherlands and Denmark) , the US and Australia are playing their part too. They can fulfil the strong requirements from the Chinese government. Chinese planning models target 2020 as the year of being self-supporting in milk production. However, at the moment official figures indicate a livestock size of 14 million cows, but in reality it seems to be about 50%, due to the slaughtered cows in 2013. High meat prices triggered back yard farms to finish milk production.

I question the possibilities of producing enough feed for cows due to the lack of water and management. This is a story in itself, but there is a strong need in supporting China in producing more milk by introduction of better management systems for growing feed, producing cows and milk. This support will come from outside China. In March 2015 GDF will organise a conference in Thailand (VIV Asia) and Vietnam to discuss this management support. Most importantly to discuss new, innovative and easy systems suitable for these countries.

For the future South East Asia should take care of itself, because worldwide production is not without limits. In the US strong growth is expected, but lower than earlier projections, due to drought problems in California and a severe winter with extreme cold and snow in northern and eastern USA. Growth of milk production in New Zealand is restricted by higher cost price of milk. For example farmers are using more winterfeed (hay and silage) and concentrates instead of year round grazing.

Export could come from the traditional dairy regions in the EU, where the quota system will be abolished in 2015.This means dairy farmers can easily produce much more. If we are listening to European dairy consultants, 5 billion kilos of growth is forecasted. Personally I don’t believe in this high increase due to strict regulations in most important countries as Denmark, Ireland and the Netherlands. Knowing that most EU countries don’t fill their quota and that production is going down in some Eastern European countries, milk supply will remain rather tight.