As the race for more renewable energy sources continues, dairy farmers may find themselves in a unique position. Methane digesters – biogas systems able to process manure and the toxic greenhouse gas methane – can reduce manure waste while creating sustainable energy.

This simple solution might be able to resolve some pressing environmental issues while returning an investment to the farmer in terms of power, fuel, and even monetary compensation. In North America, such opportunities are taking off in a big way for dairy producers.

With many North American farms using confinement-based management, biogas systems work well to accommodate their manure-handling setups. While there are some barriers in the way, many individuals and organisations are dedicated to their proliferation in the future.

According to the United States Environmental Protection Agency (EPA), more than 8,000 dairy and hog operations can have a biogas system but only about 250 have them installed.

In Canada, there are over 200 biogas systems across different industries with over 35 projects in the dairy sector specifically, according to Jennifer Green from the Canadian Biogas Association.

Certain regions within Canada have seen more growth for biogas projects than others due to regional policy drivers,” she explains.

For example, she points to Ontario where programs offered from 2008 through to 2018 launched the start of biogas projects on farms, many of which are now operating under a 20-year purchase agreement. Increased interest for on-farm biogas projects is growing as future programs and support are contemplated.

In the US and Mexico, similar programs and incentives have been put in place to expand opportunities for dairy farmers to participate by implementing biogas systems on their operations.

Patrick Serfass, executive director of the American Biogas Council, agrees that policies have really helped accelerate adoption on farms due to work done on the national and state levels.

“The biogas industry, with the exception of Europe, is not really mainstream quite yet,” he explains. “That means policies have a significant impact on how fast the industry grows… while the technology is the same, the biogas industries in Mexico, the US and Canada are quite different.”

A closer look at consolidation in the US
In the US, dairy industry consolidation continues. Farms with thousands of cows on site have sustainability challenges, but regulations and technology are keeping pace. Find out more…

What might make a biogas system appealing to dairy farmers is its practical application for managing manure and its overall fit into the dairy operation. By processing the manure, anaerobic digestion eliminates odours and enhances the nutrient value of the digestate to apply on fields, creating an improved soil amendment.

Likewise, the methane that is captured as a by-product of this anaerobic digestion can be used directly to generate on-farm renewable electricity, heat, or renewable natural gas. In future, the potential is there to use this biogas for farm equipment.

“The biogas system creates a closed-loop opportunity for farms that supports a circular economy and tremendous environmental benefit,” says Green.

When you feed your cow, the cow produces manure which you put in the digester. The digester transforms the manure into a nutrient-rich digestate that goes back on the land that creates the crop that feeds the cow.”

Other ways farmers can benefit is from the revenue opportunities of selling power and reclaiming manure fibres to be used for bedding or retail. Some secondary benefits down the road might also include a more positive public perception of the industry and rural job growth installing and managing these systems.

There are some special advantages for dairies in remote areas who face frequent challenges. For example, a small 80-cow dairy in the Yucatán Peninsula of Mexico was cited as being an excellent candidate for a small biogas system as they handled manure in an area faced with flooding, hurricanes, and electrical shortages.This would not only reduce the high risk of manure lagoon spills and floods, but it could also offer self-sufficient clean energy.

Hard butter, hard questions
Canadian dairy farmers are under fire for feeding palm oil to their cows in order to produce more butter, which is in hot demand for home baking during this pandemic. However, it’s made the butter harder at room temperature, and lit another firestorm of controversy about public trust in the food system. Check it out…

Geography and industry structure pose some unique challenges to the proliferation of the biogas industry and opportunities in North America.

That has to do with the natural limitations of the industry and basic economics. Since the biogas industry is dependent on the organic waste that it uses as a feedstock,” Serfass explains, “biogas projects tend to be located where there is organic material. Organic waste is very wet and heavy, and therefore expensive to move.”

However, he adds this has opened doors for collaboration between groups of farmers and food processors in the US. This includes small farms coming together to utilise a communal digester and working with dairy processors to recycle their wastewater in a farm-based digester instead of paying to discharge their waste into the sewer.

Programs like the EPA’s AgSTAR help give farmers the tools they need to participate. Serfass also says policies, such as the national Renewable Fuel Standard and state-based low carbon fuel standards, allow farmers to benefit even more because they can generate credits for their renewable energy production which can create new revenue streams.

The Canadian Biogas Association has also launched a campaign, Farming Biogas, which helps connect farmers with information and resources to implement their own systems.

Green says that the shift of interest in biogas across the country has been noticeable with more demand for renewable natural gas especially in regions such as British Columbia, Ontario, and Quebec to incorporate that energy to the mainstream grid network.

“Definitely within the farming community,” she says, “there has been more incremental opportunities for growth over the last decade.”

Mexico is not too far behind in developing more solutions. According to one study, biogas has the highest development potential of any biofuel in the nation, but ongoing support and incentives are needed to bring it to dairy farmers.

The efforts are ongoing, but the opportunity is real. Time and again, dairy producers have shared their success stories using biogas systems to transform how they farm. In the future, energy production could be a mainstay of the industry. 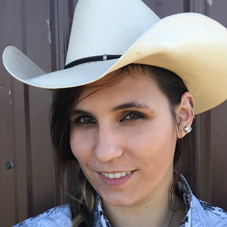 ​The Netherlands: Nitrogen should be slashed 70% in key areas