Milk prices are on a downward turn for the first time in 24 months in the UK after a year of record-breaking price increases.

With 1 exception, announced changes to milk prices have been cut for January, ranging from 0.23ppl to 3ppl with the larger cuts by Freshways and Pensworth on liquid milk contracts. Muller has adjusted its price for direct suppliers by 1ppl for February and a 1ppl reduction has also been announced on the Tesco-aligned contract for February.

Several cheese manufacturers, including Belton, Wensleydale, Glanbia and Parkham Farms are also announcing price reductions – in the range of 1.4ppl to 2ppl, according to the Agriculture and Horticulture Development Board (AHDB).

Patty Clayton, AHDB lead dairy analyst, said last year had seen substantial rises that had been pushed through faster than under normal circumstances, triggered by the unprecedented rise in farm input costs and threat of milk shortages. Strong returns from the market supported the additional cost to processors.

Clayton said the higher prices, along with the more widespread increase in the cost of living, meant demand for milk and dairy products diminished through the later part of the year and dairy product prices started to ease. 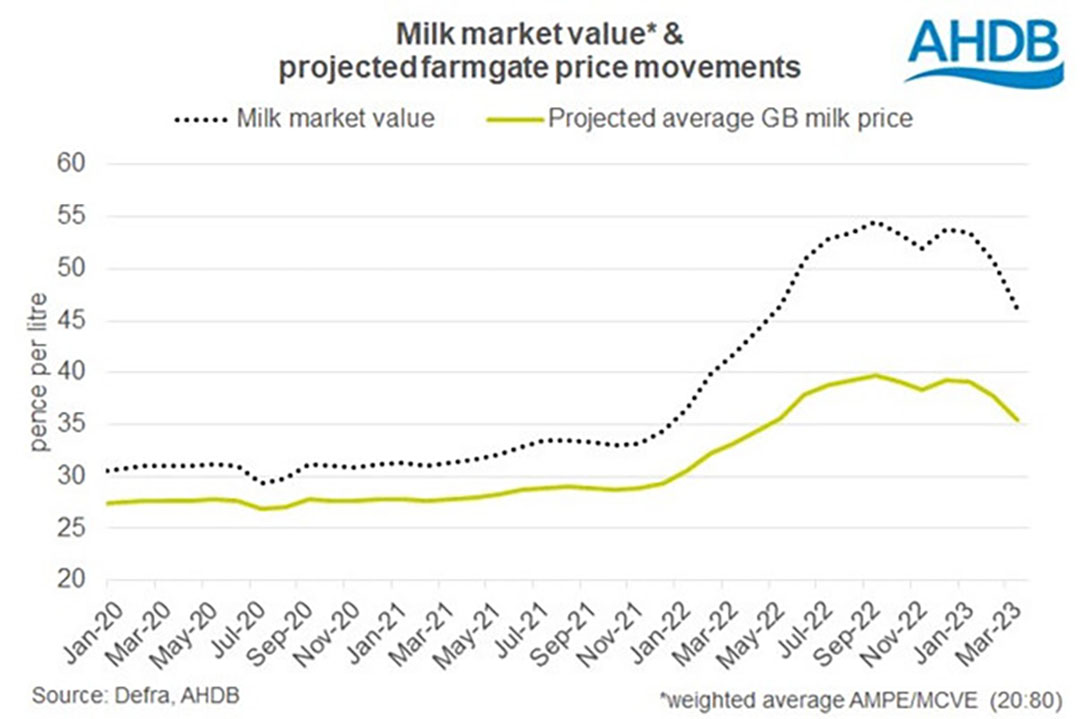 Meanwhile, milk production in the northern hemisphere has picked up due to improved farm margins on the back of elevated prices and favourable weather conditions across the EU and the UK.

“We are now seeing these lower market returns flow through into milk price reductions. Assuming the typical lag of 3-4 months, milk prices are projected to see further cuts as we move into the spring.”

She said the extent of price cuts in the second quarter of this year was uncertain, as the degree that commodity prices and market returns drop will depend on the strength of the northern hemisphere flush relative to demand.

ALSO READ: 5 steps for an effective dairy farm maintenance plan
As any dairy farmer will tell you, the dairy business is not for the faint-hearted. The typical dairy farm is made up of several moving parts that each require continuous monitoring. Nothing can be overlooked or neglected. Read more…

“The consensus from most analysts is that global milk supplies will see a modest increase in year-on-year growth, although, in part, this is due to low volumes last year. Balanced against this is the potential for some improvements in demand from China, although it’s unclear how quickly this will occur following the reopening of its economy.

The Dairy Industry Newsletter reported dairy analysts quoting that ‘Milk Armageddon this spring’ was coming, claiming that it would be no surprise if milk price levels fell by 10-12ppl before the end of quarter 2, putting farmgate milk prices back below 40ppl.