BeeFree Agro is on a mission to change the lives of ranchers and dairy farmers by using autonomous drones. CEO and co-founder Noam Azran tells us more.

Though the lives of dairy farmers and ranchers may seem idyllic, not everyone is cut out for the hard work it requires. Knowledge and experience are important factors, but with typical working days lasting well beyond the average 9-to-5, it also requires a preparedness to spend long hours monitoring and moving one’s herd, which especially rings true for grazing operations. With social and economic changes adding pressure, dairy farmers and ranchers alike are forced to adapt. Lifelong rancher and first-generation drone cowboy Noam Azran has first-hand experience facing these challenges. He believes his company BeeFree Agro will take some of the strain off of ranchers’ and dairy farmers’ shoulders.

“We use the drones to ensure the troughs are full of water and the fences are up, but we also use them to move the cattle from lot to lot, or to bring them together for medical check-ups,” Azran explains. Photo: Noam Azran, BeeFree Agro

“Until a year ago, my partner Dvir and I were both cowboys managing herds,” Azran tells Dairy Global. “We have been working together for 10 years running a ranch in the north of Israel. Around 2014, we started working with drones,” he adds. Initially used for surveillance and control, they quickly discovered that their cows – Azran and his co-founder Dvir Cohen keep beef cattle themselves – interacted with the drones by moving out of their way. As such, the drones were essentially herding their animals. Soon after they made this discovery, they adapted their operation to revolve around it. “We use the drones to ensure the troughs are full of water and the fences are up, but we also use them to move the cattle from lot to lot, or to bring them together for medical check-ups,” Azran explains.

“We come from the beef livestock industry, but there is a big potential here for the dairy industry, particularly for grazing operations,” Azran continues. “As a dairy farmer, you have to bring in the herd a couple of times a day for milking, and then take them back out into the pasture. This is something our drone can do,” he adds. The technology his company has developed reduces the need for manual labour, and some big names in the industry have shown an interest. “But again, we have only just come out into the world,” Azran is quick to add.

Whereas Azran and Cohen previously used horses and dogs to herd their cattle, they now use drones. According to Azran, this has changed their lives: “We went from needing to hire 2 or 3 hands on the ranch to it just being the two of us. We now have more time on our hands to improve the genetics of our herd, but it has also been a major change to our personal lives,” he adds. “We went from working 16, sometimes 18 hours a day to working 10 to 12 hours a day. It has had a huge impact on everything,”

From their own experience, the two saw this as a game-changer for the industry: “We showed our fellow ranchers and friends, and they loved the idea,” he says, but is quick to add that flying the drones was outside of most of their friends’ comfort zone. “We realised that we needed to create an autonomous system in order to commercialise this,”

“We showed our fellow ranchers and friends, and they loved the idea,” says Azran, pictured second to the right. Photo: Noam Azran, BeeFree Agro

In January of this year, Azran and his co-founder took the plunge and founded their company. After being joined by their CTO, developing the system, and receiving a first grant of US$ 35,000 from the Israel Innovation Authority, they started building their Proof of Concept: “In order to plan and actually enact the moving of herds, you need to bring together different sets of data. GPS tags on the cows serve to locate the animals, and a livestream from the drone projects them back onto a map so that we know which animals the drone is herding, how they are reacting, and where they are going,” Azran explains. His aim is for their technology to be compatible with all GPS tag systems and drones, as they themselves do not create the hardware.

“GPS tags on the cows serve to locate the animals, and a livestream from the drone projects them back onto a map so that we know which animals the drone is herding, how they are reacting, and where they are going,” Azran explains. Photo: Noam Azran, BeeFree Agro

With drones becoming increasingly more popular in livestock farming, Azran hopes his company’s application will set them apart: “The main difference between us and other companies is that we are creating an autonomous action drone which moves the cows on its own, essentially doing the herding for you,” he says. The action drone not only lessens workload, but also taps into another challenge ranchers and dairy farmers alike have been facing over the last few years: the shortage of workers. “In the livestock industry, there is a big shortage of workers, with skilled workers being even harder to find. Now, instead of training cowboys, we are training drones to carry out the same tasks,” Azran explains. The 5-year pilot he ran on his own ranch shows promising results. “We have seen that a single drone can do in 1 to 1,5 hours what it takes 3 to 5 cowboys 6 to 7 hours to do, which is a huge difference,”

In addition to the grant they received from the Israel Innovation Authority, the company has received US$ 200,000 from small investors in Israel and the US as a pre-seed. The team currently consists of 3 founders and 3 more developers, and is working closely together with prof. Zalmen Henkin from the Volcani institute.

“We have also received a few small grants from AWS [Amazon Web Service] for using their infrastructure, and we are participating in accelerators,” Azran adds. Currently, the company is raising its seed round, which Azran hopes will be finished by the end of the year. “By the end of 2021, we hope to have between 10 and 20 pilots running. From there on, we hope to move to the US. The first market we are looking to go into will be Texas,” Azran adds. He hopes that by 2022, the company will go out onto the market and expand globally.

Azran concludes by commenting on the industry’s future and the importance of sustainable farming, highlighting the importance of farmers’ and ranchers’ well-being and the well-being of their herds in particular. “We hope to bring a positive change to our industry so that we can bring it forward into the 21st century.” 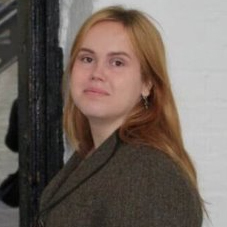 How the changing climate is affecting hay production

How does zero grazing for dairy cows measure up?