Future fuels: From diesel to gas and electricity

Hybrid and methane-powered engines seem to be the most logical successors to the diesel engine. A fully electric drive is on the way too, though that is some while yet. Diesel’s days in agriculture are numbered. We analyse what the near future holds.

The end is nigh for the diesel engine. Electrical power in particular is becoming increasingly popular in agriculture, and not for just the self-driving manure and feed shovelling robots in stalls or a forklift truck in the store. These lightweight machines require relatively little power and remain close to the mains outlet, so they were also the first to become electric.

Now the technology exists for the large, heavier equipment. Various electric trial models have already been launched. They tend to be mini-loaders and feed mixing trucks, such as the self-propelled E-truck from Siloking. One of the reasons for making them electrically powered, according to Siloking dealer Reiner Huslage, is the short periods of use every day. After all, modern diesel machines need to come to operating temperature first before they reach the right diesel-AdBlue ratio that enables them to meet the strict emissions requirements. Even among earth-moving machinery, we are seeing the first electrically powered cranes and loaders. The automotive world is almost always the frontrunner for agriculture and is viewed with some envy.

From hybrid to hydrogen

While everyone agrees that conventional fossil fuels have had their day as the primary energy source, the experts have no idea what will happen for tractors and when. After all, they must remain usable at full capacity over long periods. A day’s ploughing, land levelling or transporting loads of several tonnes requires more than current alternative technology allows. In summary, there are four options: hybrid, methane, electric and hydrogen. This is also the order in which experts believe that they will begin to be used in agriculture.

Hybrid the way to start

Hybrid technology – a diesel engine that is supported by an electric engine – is the most easiest within reach, according to Willem Van der Zwaan from John Deere. “Diesel alternatives are simply still too expensive. Diesel is still the most efficient. Hybrid technology with an electric engine or generator could help the diesel engine to maintain revs more consistently, for example.” John Deere itself offered the E Premium, in which a generator drove the internal components, such as the radiator fan. Two hundred were sold, but its successor, the 6210 RE never went into production due to lack of interest. “When it comes to external power, it’s a bit of a chicken-and-egg situation. Who wants to invest in a tractor to drive electrical machinery if there is no decent machinery available? And vice-versa.”

The SESAM trial model presented by John Deere at the SIMA show features an enormous battery pack that allows the tractor to run for an hour at full capacity. Photo: John Deere

Even so, the development of a fully electric drive is quite a way down the line, and that includes heavy-duty equipment. Tesla, for example, has already produced a goods vehicle that is fully electric. It is also quick to charge: a thirty-minute charge will enable the vehicle to travel almost 650 kilometres.

What is more, research by Auke Hoekstra, senior advisor electric mobility, in conjunction with Eindhoven University of Technology, has shown that batteries are becoming even cheaper. Each time production doubles, the price drops by as much as 17 to 22%. Whereas a battery cost € 700/kWh in 2005, it will cost € 200/kWh by 2020, and € 100/kWh by 2030. Even the electric engines and electronics will be much cheaper. Electric power is also more maintenance-friendly than modern diesel technology, there are far fewer moving parts. An electric engine can generate more power per kilogramme of its own weight, and the costs of producing the entire electric drive will fall.

According to Mr Hoekstra, the electric engine generating 4.3 kW/kg is, on average, three times more powerful per kilogramme of its own weight than an engine powered with fossil fuel, and what’s more – it is 40 times smaller per kW. Mr Hoekstra is a keen advocate of electric power for cars, buses and goods vehicles. “The best thing is when you have the opportunity to charge part-way through a journey. But if you want to drive your car to Spain non-stop, the battery will be too large and too expensive.”

There is the parallel with agriculture: a tractor that is meant to run all day at full power requires an excessively large battery pack and is still too expensive. “A battery will cost roughly € 100/kWh by 2030,” he states. “If you want to use 100 kW for four hours, you will need a battery costing € 40,000.” As tractors and self-propelled machinery are left unused for long periods after seasonal work, this becomes an expensive business. “By itself, agriculture is indeed a very poor business case for electric power. One idea could be to make batteries exchangeable, as is the case with hand tools.” The researcher expects battery size to be reduced by half within 10 to 15 years, so integration issues will become a thing of the past. “Perhaps lithium-air batteries will have moved beyond the experimental stage in 10 to 15 years’ time. They are actually extremely light and small, but it’s still difficult to tell what will happen.” Mr Hoekstra expects charging time to reduce by half over the next ten years.

In order to get around the issue of an enormous and costly battery pack, John Deere also experimented with a tractor on an extension cable, which is continuously wound in and out on a reel. Photo: John Deere

Gas is within reach

Tjörven Van de Velde from Case IH, on the other hand, sees a future for engines that run on gas. “Methane will increase rapidly in popularity over the next five years. FPT, for example, has just such an engine ready, and whole fleets of them are being used in goods vehicles. That step is also more attainable. The tractor stays the same, and you have your own methane tank with you out in the field.”

Many believe hydrogen technology to be still far too underdeveloped and more suited to use later down the line. While hydrogen shows some potential, because relatively large quantities of energy can be stored compactly, the process of converting to and from hydrogen is still quite inefficient. In addition, all the safety aspects are still not adequately guaranteed.

New Holland, in particular, became well-known for its NH2 experiment involving a tractor running on hydrogen, before switching its attention to methane via two trial models. Methane has since been the subject of much experimentation by tractor manufacturers, and Steyr, Valtra and New Holland have already demonstrated their results. Massey Ferguson also recently revealed its blueprint for a methane tractor. Van de Velde knows why the methane engine did not catch on earlier. “It was relatively easy to make diesel engines conform to the earlier emissions standards from Stage II and III onwards. What’s more, Stage VI involved heavy subsidies, so there was little incentive and interest in switching to alternatives such as methane. I think that is now set to change, though. There are many subsidies available for renewable energy.”

Not only tractors but also machines are becoming electrically powered. The Agricultural Industry Electronics Foundation (AEF) established a standard for electrical power similar to what was created for ISOBUS. Photo: Frits Huiden

The downside of gas engines is that they have little torque at the bottom, so power delivery is poor. Diesel engines that can switch to gas once again suffer from methane sludge in the cylinders when switching, which results in lower efficiency. This is the case with CNG (compressed natural gas) and LNG (liquefied natural gas) engines. LPG (common in passenger vehicles) is rather a liquid mixture of gases and not used in tractors. The tank pressure for CNG of 200 bar is much higher than the 7.5 bar of LPG, so an LPG vehicle cannot use CNG. 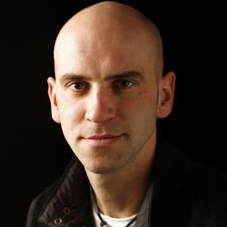