Heifers: Group or not to group?

Do you keep the first-calf heifers and older cows on one group? Or do you house them separately? This is a continuing challenge for many dairy farms. Sensors can help farmers by showing the effects of grouping strategies and assist farmers in making the right decisions.

Heifers have the highest genetic potential. However, many heifers struggle to meet that potential, especially when competing with older cows. Sensors can help to see what is happening when these young cows enter the milking herd. This was shown by Sense of Sensors, the field study from Nedap, Vetvice Consultancy, Utrecht University and Wageningen University.

Heifers need their own space

Heifers need their own space to be able to perform best. This was demonstrated by earlier studies that show that when first-calf heifers are separated, feed intake, lying time and hence milk production is increased. “Many farmers don’t realise that heifers represent a separate group of animals. They exhibit specific behaviour and have specific needs,” according to Associate Professor Frank van Eerdenburg of the Faculty of Veterinary Medicine in Utrecht, the Netherlands. One of the participating commercial dairy farms from the Sense of Sensors field study decided to go from mixed pens to a separate heifer group, as he was not happy with the milk production of the heifers when housed in the mixed pens. A comparison before and after this management change shows the benefits of a separate heifer group (Table 1). By using sensors it could be shown that in a separate group, the heifers have a higher lying time, make less steps and a similar feeding time ultimately resulting in 6% milk production increase. And this is the data from real cows on the farm.

Number of steps as indicator

But not every farmer has the possibility or is willing to create separate heifer groups. For these type of farms, the question is more when to introduce a heifer in the milking herd. Do you introduce the heifer immediately after calving or is it better to wait a few days?

In the field study this was further explored by using the data on the extra number of steps of the heifers compared to the older cows. The number of steps a cow makes is considered a measure for stress. It is known that the number of steps made by heifers is higher than older cows. The question to be answered was if this increase is related to the moment that the heifers are introduced in the group. Introducing heifers after 3 days resulted in more stress than introduction right after calving. This would indicate that it is better to introduce heifers quickly after calving (Table 2). According to Prof van Eerdenburg, on the day of calving, heifers are in the defence mode, because of their new-born calf. This is hormonally driven. Results therefore showed that when heifers are introduced at the day of calving, they can better compete with the older cows, because they fight instead of run-and-hide.

Taken all this knowledge together, backed up by the data generated from the sensors, it is clear that first-calf heifers perform better if they have little competition. Overcrowded mixed pens cause excessive competition for feed and stalls. This has a huge impact, especially on heifers. US research has shown that a stocking density of 110% doubled the milk production difference between heifers and cows, which means that milk production stays behind for the heifers. This is because heifers are the first group to suffer from an overcrowded pen, reflected in reduced feeding and lying time. With this in mind, the best recommendation remains to group heifers separately and to prevent overcrowding, especially in mixed pens. Every farm is different and with sensor data you are able to determine these effects on your farm under your management conditions.

This is part 1 of a 4 part series on how sensors are making their way to dairy farms around the world and the practical application of it. 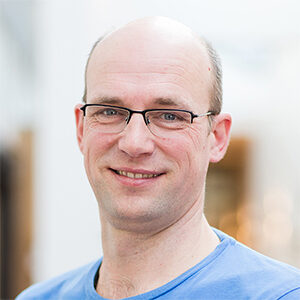 Probiotics and its impact on calf gut health

EuroTier: A spotlight on dairy innovations