Lely: Mowing and feeding robot to be launched

The Netherlands-based company, Lely, has developed a new robot that autonomously mows grass, picks it up and transports it back to the farm.

A prototype of this robot had already been spotted over a year ago. This robot, that takes on the task of summer barn feeding, has evolved to the next phase. The plating has become sleeker and the sensors are clearly visible. An introduction phase seems to be imminent, but Lely has not made any official statements yet.

Ever since the introduction of the milking robot in 1990, it has been Lely’s mission to automate the dairy farmers’ repetitive tasks. After introducing, among other things, manure robots, automatic feed refreshers and feeding robots, a new mowing and indoor feeding robot exactly fits this mission.

Despite the absence of an official confirmation, Lely is not keeping the robot’s existence a secret. The film about the upcoming Lely Future Farm Days on October 6th shows that this robot will be the next step.

The robot should be able to mow a measured amount of fresh grass, based on the daily protein and structure requirements. 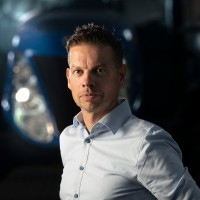 Nitrogen protests in the Netherlands: A search for answers

New technology can reduce impact of milk production by 50%