Managing cattle at a distance with GPS ear tags

The Dutch company mOOvement developed innovative GPS ear tags that cattle farmers can use in extensive areas to manage their animals at a distance.

“Cattle farmers in extensive areas want to know where their animals are and whether they are healthy. We offer an affordable solution that meets these needs,” says Pieter Vogels, owner of Dutch company mOOvement. He and his partner Luuk Heuskes started their company as a development project within Rabobank. Since April this year, it has been operating as a standalone.

Vogels and Heuskes market GPS ear tags through mOOvement. Cattle farmers can use these tags to watch and manage their animals at a distance, through track and trace. The ear tags have been available since January and Vogels and Heuskes have already sold several thousands.

The GPS ear tags are connected to an antenna and they operate through the so-called LORA network, which uses radio frequencies. Photo: moovement

The ear tags are equipped with a little solar powered battery and a solar panel. The tags send a signal to an antenna, which is connected to a satellite. The data eventually enter the cloud, so farmer can see where their cattle are, whether they are moving and whether the herd is complete. “Farmers in countries such as Australia can manage their cattle with these ear tags without having to drive for hours first,” says Vogels, who wants to expand the technology with several sensors.

“We can now also measure the water level in troughs. This way, farmers can check whether their animals have enough water. In the future, we hope to collect and send more animal data.”

The ear tags are especially popular among farmers in extensive areas, such as Australia, (southern) Africa and South America. “We also have some demand from the Netherlands, for example from Natuurmonumenten (the Dutch society for the preservation of nature) and from a farmer with young stock in a nature reserve,” says Vogels.

The GPS ear tags are connected to an antenna and they operate through the so-called LoRA network, which uses radio frequencies. The reach is 6 to 8 kilometres and the antenna is no larger than a shoebox. The antenna’s optimal position is determined beforehand, after which it is placed at a height of 10 metres. The number of antennas depends on the acreage size. The ear tags cost € 31 a piece with annual service costs of € 4,50. This includes the necessary software. The antenna costs € 530. “We can even get the system to operate in no-man’s-land, with the aid of solar panels. In that case, the costs for the solar panels and the antenna total € 1.800,” says Vogels. 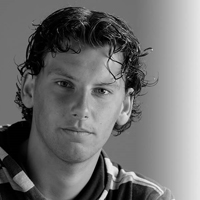