Impact of DON and BEA on oocyte development

In a recent cooperation with the Utrecht University, the reproductive impact of DON and BEA on gilts and sows was evaluated with surprising results. This article summarises the main findings of the study .

Deoxynivalenol (DON) and beauvericin (BEA) are toxins produced by the Fusarium species that can contaminate food and feed. The negative impact caused by DON in pigs is well known, and studies also indicate that pigs are sensitive to BEA. In Europe, it is recommended that pig diets do not contain more than 900 ppb DON, regardless of the age of the animal; however, there is no recommendation regarding the maximum dietary levels of BEA.

Redox balance in gilts and sows

Besides being toxic to the intestinal tract, both DON and BEA can impair the reproduction of female pigs, specifically by causing damage in their gametes, which are also called oocytes. These reproductive cells are constantly maintaining a balance between the production of reactive oxygen species (ROS) and their antioxidant activity to guarantee a healthy reproductive system. At an advanced stage of development, these oocytes are enclosed as a follicle and are surrounded by somatic cells (cumulus cells) and a follicular fluid (FF) produced by somatic cells. The communication of these compartments via endocrine signals and redox balance maintain oocyte quality for further fertilisation. In pre-pubertal gilts, the endocrine signals to initiate puberty allow a growth of follicles of up to approximately 6 mm but do not support their final development. Thus, the first oestrus of gilts is classified as a heat-no-serve. This is likely an additional result of a not yet efficient redox balance. Based on this information, we hypothesise that oocytes from gilts and sows will respond differently to DON and BEA exposure during in vitro maturation and that the follicular redox system plays an important role in these differences. To assess this hypothesis, we evaluated the effect of DON and BEA at different concentrations on in vitro maturation of oocytes from gilts and sows. Furthermore, antioxidant levels in the oocytes and cumulus cells, as well as the relative mRNA expression of redox markers, were established.

Figure 1 – Mean rates of oocyte maturation and degeneration of porcine in vitro matured in the absence (control) or in the presence of DON at different concentrations (0.02, 0.2 or 2.0 µmol/L).

As confirmed by mRNA expression analysis, in vitro matured oocytes from gilts had a lower expression of superoxide dismutase 1 (SOD1) and glutathione synthetase (GSS) than sows. This indicates that oocytes from sows are more active in neutralising superoxide anions in the cytoplasm of these female gametes and that the GSS supports further development of embryos. Oocytes and their surrounding cumulus cells from gilts and sows were evaluated before and after in vitro maturation in the absence or presence of DON (0.02, 0.2 or 2.0 µmol/L) or BEA (0.5, 2.5 or 5.0 µmol/L). The results are detailed in Figures 1 and 2.

Figure 2 – Mean rates of oocyte maturation and degeneration of porcine in vitro matured in the absence (control) or in the presence of BEA at different concentrations (0.5, 2.5 or 5.0 µmol/L).

Regardless of age (gilts or sows), a significant decrease in the rate of oocyte maturation was observed when oocytes were in vitro matured in the presence of 0.02 or 0.2 µmol/L DON, and this negative impact was even more prominent at a concentration of 2.0 µmol/L. In addition, gilt oocytes were more sensitive to DON exposure than sow oocytes. The degeneration rate ranged from 8.8% to 35.4%, but no effect on DON exposure was observed (Figure 1).

In conclusion, oocytes from gilts are more susceptible to the toxic effects of DON and BEA when compared to oocytes from sows. This effect is observed when immature oocytes start their maturation. Additionally, the redox balance in sows is better controlled that in gilt oocytes and are mostly related to the imbalance of SOD and GSH in oocytes. Both DON and BEA do not affect cell viability solely via the stimulation of oxidative stress, but their negative impact will be potentiated in cells that cannot properly scavenge metabolic products like ROS. The tested exposure levels of DON in the present study are like those detected in porcine plasma level in pigs chronically exposed to DON which may reach 0.09 µmol/L. The detection of BEA in biological samples is a complex process because this mycotoxin is present in these animals’ diets at far lower concentrations of DON and is rapidly metabolised to a range of yet uncharacterised derivatives. However, for both mycotoxins, it should be advised that special attention is given to gilts’ dietary contamination.

The study was performed under the supervision of Dr. Bernard Roelen. Eric J. Schoevers† passed away before publication of this work was completed.

This study Susceptibility of Oocytes from Gilts and Sows to Beauvericin and Deoxynivalenol and Its Relationship with Oxidative Stress was published in the journal Toxins and is available as an open access publication. 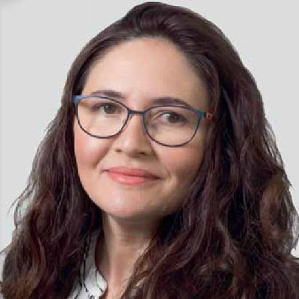 A strategic ‘inside out’ approach to mycotoxin threats

Toxicity of mycotoxins and risk assessment