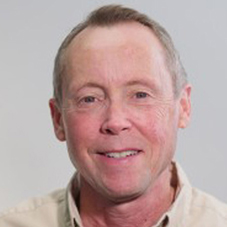 In the cattle business, having healthy herds and predictable calf crops can make a huge difference in your profit margin.

To achieve those goals, proper breeding season management is vital. Take a look at some of the common breeding season mistakes and how you can avoid them in order to improve the reproductive success of your herd.

Thin cows with low body condition scores (BCS) shouldn’t be bred during the season. The reproductive process requires substantial energy reserves, which could mean the cow has a dangerously low BCS by the time it calves. Unfortunately, when a cow has a low score at calving, it has a higher likelihood of stillbirth and delivery problems, and the following year could bring poor reproductive abilities. Get started on reproductive nutrition in the winter to get cows and heifers to a healthy BCS by breeding season. For cows, feed to achieve a BCS of 5 to 5.5; heifers should be at 5.5 to 6.

Stretching the breeding season too long

Some research has suggested that only 34% of beef cattle operations have a clearly defined breeding timeframe, and 26% have a season that is fewer than 64 days. Keeping the breeding season short can yield a number of advantages, including:

The duration of the breeding season can be kept in check by controlling bull exposure; making culling decisions when necessary; and ensuring that heifers are bred sooner than their more mature, experienced calvers. Additionally, if you are dealing with varied herd genetics, you must be mindful of environmental factors that can affect the herd’s breeding tendencies.

Not preparing breeding bulls before the onset of the season

Tending to your herd bulls before the breeding season is incredibly important. Unfortunately, bulls are often treated as a marginal piece of the process. Don’t downplay the significance of proper nutrition and health — these males are bringing half of the genetics to the table. If the bull is not as healthy as it should be during the breeding season, it can have a detrimental effect on your calf crop.

Next to the initial phase of post-weaning development, the conditioning period just before breeding could be deemed the most important for bull fertility. For your breeding bulls to be aptly prepared to service cows and heifers in-pasture:

Farm report, Germany: Less labour, higher animal value
The goals at this farm are to produce good, uniform, and healthy youngstock that calves at a younger age with less labour and antibiotics, all under good working conditions.

As a side note, bulls need attention after the breeding season as well in order to maintain their health. Keep in mind that bulls tend to lose a few BCS points as they focus on breeding, which is why starting with low-scoring bulls could result in low-quality calf yields. In fact, it is not uncommon for a 2,000-pound bull to drop several hundred pounds during breeding. Once the season with the cows has concluded, return to nutritional supplementation to get your bulls back to healthy BCS scores.

Stressing the cows during AI and other tasks

Happier cows tend to have more consistent heat cycles, fewer issues with fertility and better calf yields. While cowherd handling is always important, handling during breeding season becomes even more critical to prevent stress. One of the biggest mistakes made during the season is trying to oversee too many cows at once. Depending on the setup, you could be working to impregnate thousands of cows — but you can’t manage them all at the same time. Do what you must to keep the number of cows in alleys or pens to a minimum, especially during artificial insemination.

The goal of one calf per cow per year sounds simple, but a great deal of planning goes into effectively meeting that target. While perfecting the breeding season involves careful management, supplies and work, the end result could be a bigger return on your investment.

What should we consider with down cow care?