The intake of colostrum, right after birth is essential. According to Trouw Nutrition, an increased intake will lead to better health, growth and higher long-term milk production.

On the website of Lifestart it is stated that the immunobody IgG that is transferred in the colostrum protects young calves from sickness and disease as they grow, and while they develop their own antibodies. Davis et al (1998) stated that it is essential that they attain at least 10 mg /mL of serum IgG from colostrum for transfer of passive immunity to be successful.

In another study, Faber et al (2005) looked at how much colostrum is actually needed and how quick after birth the colostrum has to be fed to gain the best results? The trial with 68 Swiss brown heifers showed that calves that received 4 litres of colostrum within 1 hour of their birth had greater resistance to sickness and disease than those that received 2 litres of colostrum, with lower veterinarian bills. In fact, veterinary costs for calves in the 2L treatment were 70% higher than those in the 4L treatment. Calves who received the 4L treatment were not only healthier, but also had higher ADG than the 2L calves up to 500 days of age, with 1.03 kg vs. 0.80 kg, respectively.

The trials also showed differences in milk production, depending on the amount of colostrum given. Over the first 2 lactations, the 4L group produced 1027 kg more actual milk per heifer than the 2L cohort. 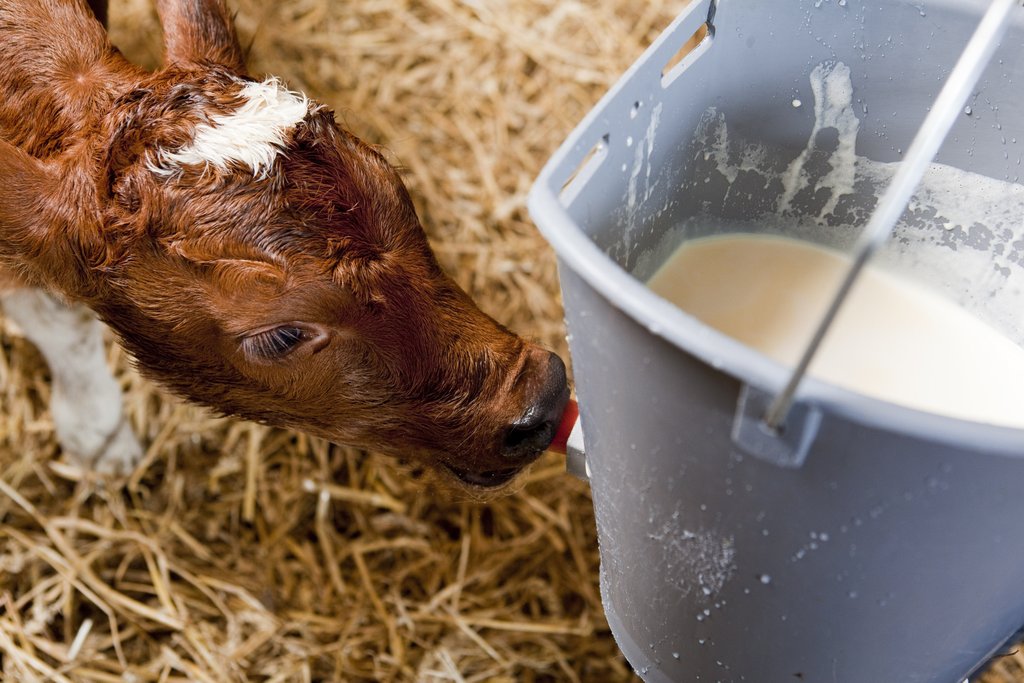