Factors that could increase milk prices

Small movements in milk production and consumption are keeping milk prices at rather stable levels.

This is according to Co Daatselaar from the Dutch agricultural economic institute LEI (Part of Wageningen UR) in the Global Dairy Farmers report (April 2017) about developments in milk prices.

Some expected developments that keep pressure on the milk prices, are still there, says Daatselaar. These include:

Factors that could increase milk prices are becoming more important:

Milk prices for dairy farmers will at least be at the current level in the second quarter of 2017. Low volatility in milk prices is desirable: Dutch dairy farmers benefitted from the quick price recovery in the last months but absolutely dislike the high volatility accompanying this recovery. Later in the year, milk production is supposed to rise with the risk of pressure on milk prices.

In the US, corn, soy and alfalfa prices tend to be about equal. Energy prices are at a favourable level given low crude oil prices. In many countries interest rates are still low and wages don’t increase much. So, on the cost side of milk production positive effects.

Dairy farmers are now rebuilding reserves that they needed in 2015 and 2016. This is clearly the case in New Zealand. Our GDF Confidence Indexes of December 2016 and March 2017 show good dairy farmers’ confidence on price developments and continuity but still little or no money to invest which reflects low liquidity and the need to set aside money for financial reserves. Given the expected stability in milk prices in the coming months at levels equal or little above long term levels, more room for investments by dairy farmers can be foreseen in the short run. 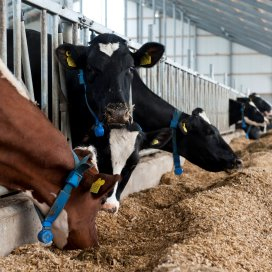