WDS to delve into methane, milk facts and antibiotics

World leaders in dairy will gather in Rotterdam, the Netherlands for the upcoming World Dairy Summit, held between 17-21 October. Milk fat, methane output, market and antibiotics are important issues to discuss at this event, says Nico van Belzen, director general of the International Dairy Federation (IDF).

The public opinion on the harmful effects of methane on the environment will not be changed on the short term by the International Dairy Federation (IDF). This takes time, says IDF director Nico van Belzen. But tweaking this public opinion is possible. And this is what IDF does by sharing the latest knowledge on this topic with international policymakers, for example at the annual World Dairy Summit (WDS), that IDF organises in Rotterdam this year.

“Sustainability is one of the focus areas of IDF and with the upcoming congress, IDF wants to bring dairy industry players and dairy farmers together to discuss this important issue, says Van Belzen. A wide range of themes that affect them will be discussed in working groups. There are, for example, workshops on breeding, animal nutrition, animal health, but also on issues that are affecting the dairy market, environment and image. Sometimes it takes a long time to change deep-rooted conceptions, according to Van Belzen.

Van Belzen: “Look at the views on milk fat. For decades we have lived with the idea that this is unhealthy. Sometimes, even milk fat was shunned, hence putting pressure on dairy consumption. The aversion to milk fat goes back to old research from the 1950s. We know now that this research was unfounded and it appears that milk fat is not unhealthy at all. This is good news for the dairy industry, but it takes time to get these new insights into the minds of people. Sometimes, even dairy firms had to convince their own sales staff first, before they were sent off to clients.”

But what about methane. You can’t say that this is also without hazards?

“No, but the level of hazardous methane is more nuanced than you might think if you would only base it on the facts from the famous and controversial report ‘Livestock’s long shadow’, published in 1996. Especially in the case of dairy farming. In the report it was stated that the global livestock production accounts for 18% of the total greenhouse gas production in the world. That made a great impression. This percentage however was later adjusted by the FAO, the Food and Agriculture Organization of the United Nations, to 14.5%. The IDF had a look at the dairy farming in particular and measured that dairy farming contributes around 3% to the global methane output. The IDF also want to remark on the way methane output is measured (in CO2 equivalents). This is a way to formulate the emissions of various gases, but this is not always correct. Methane as a molecule have a greater impact on global warming than CO2, but on the other hand is not as persistent. Methane evaporates a lot quicker. Compare it to a bank account with a negative interest rate of over 8%, which rapidly loses its value, while the ‘interest’ of CO2 is almost zero. “

So we are taking methane emissions too seriously?

“No, certainly not. But we have to get a realistic picture of the problem. We, as IDF, remain committed to further reduce emissions. We have for example established a guideline for the dairy sector and dairy farms on how to reduce greenhouse gas emissions, especially at farm level. Together with the FAO, we have also created a manual for good dairy farming practices. “

The IDF is an active player in the dairy farming and dairy sector. Besides (also) doing research and work on the image of dairy, you are also active in lobbying.

“That is correct, but it is not about the ‘usual’ lobbying. We operate on very technical level, such as with the FAO and the World Health Organization (WHO). One example is the nitrogen conversion factor which is used to determine the protein content in food products. That is a very technical subject, but it has major interests. Milk for example has a higher nitrogen conversion factor than soy. The soy industry would love to move to one conversion factor for all, which is a higher factor than currently used for soy, but lower than that of milk. This would be better for the soy industry, but disfavour the position of the milk price. As IDF, we bring in scientific counterarguments. In this case we address it at the Codex Alimentarius.”

“Another issue is that of Antimicrobial Resistance (AMR). At the request of the FAO we organise a special session on this theme at the WDS. AMR concerns the entire dairy chain. However, the position of dairy is different than for example poultry. But the government’s approach is to not differentiate and say that the whole livestock industry needs to reduce antibiotic use. We think this approach is not fair. The dairy sector already uses very little antibiotic and also mainly locally (for example in the udder). This leads to a lower risk of AMR than applying antibiotics in the whole animal. Of course we want to do our best to reduce the overall AMR problem.”

“The key task for the IDF is setting standards for the dairy industry, something that the organisation started with in 1903. Back then, it concerned mainly setting international standards for butter. Today, we deal with all kinds of standards for dairy products. For example, infant food. In many areas we are the ‘standard-setting’ organisation. Governments and international organisations tag what we do. That’s because the organisation has been around for so long, because we can set worldwide consensus, based on science and we because we have authority. We consider our core tasks to be in sustainability, nutritional value, safety and quality of milk and dairy products. “

Emerging dairy countries like India and China are member of IDF. Is their influence increasing?

“Their influence is fairly constant. Until recently India was even represented on the Board of IDF. Dairy farming and dairy are considered important in those countries. It is a matter of national interest. “

Do you always know if the figures are right, for example for countries like China that are part of IDF?

It is not always transparent. You have the same problem in other areas and in other countries. But China is trying to improve. If you are a member of an organisation like the IDF, it is also what you want to do “

Do you use penalties if countries or country organisations are not transparent or give false information about the situation in their country?

“No, that’s not on us. We cannot impose sanctions, but if we want to work or do business with other parties in the dairy sector, you need to trust each other. This will spur them to be transparent.”

The World Dairy Summit is held in De Doelen (venue), in Rotterdam, the Netherlands from 16 – 21 October. Register here. 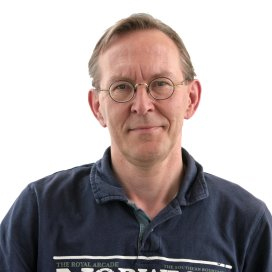