Where does your lysine end up and what does it cost?

Increased protein costs and environmental concerns related to excessive nitrogen excretion have forced dairy nutritionists to alter ration formulation. However, they need to be aware of the limitations involved with feed ingredients related to ruminant protein nutrition.

One method that is commonly used to influence nitrogen excretion, is to reduce the amount of protein supplied to the animal. The risk associated with this approach is that the protein, and more specifically the amino acid requirement of the animal will not be met. Improved understanding of ruminant protein metabolism has allowed researchers to develop more sophisticated models for ration formulation. These improved models give nutritionists the ability to reduce dietary crude protein while still having confidence that animal production and health will not be affected.

History of protein – nutrition in ruminants
Historically, nutritionists have formulated lactating dairy cow diets to meet crude protein requirements. This was done because our understanding of specific amino acid requirements was not well defined. Some of the reasoning behind this philosophy was related to the complexity of nitrogen metabolism in the rumen. Rumen microbes rapidly degrade protein in the diet, which makes it difficult to determine the levels of protein being supplied to the cow. Additionally, the different types of protein have different rumen degradation characteristics when moving through the rumen. One fraction is rapidly degraded while another fraction escapes rumen degradation. The proportion of each fraction is largely dependent on the type of protein as well as cow response to management and nutritional factors.

When researchers first identified these two fractions of protein, they denoted the fraction that escapes rumen fermentation as rumen undegraded protein

(RUP) and the fraction that is degraded in the rumen as rumen degraded protein (RDP). The RUP escapes rumen degradation and reaches the small intestine where it can be absorbed and utilised by the cow, while RDP is utilised by the microbes in the rumen and is not directly available to the animal. This discovery was a significant step forward in ruminant protein metabolism; however, it still fell short of recognising the animal’s true requirements of metabolisable protein (MP).

Metabolisable protein is defined as true protein absorbed in the small intestine. This can include microbial protein that passes from rumen, endogenous protein, and protein from the diet that escapes through the rumen undegraded. Ultimately, a cow’s nutritional requirement is for specific amino acids and not MP. As a result, nutritionists are focused on the amino acids supplied by the MP.

Of the amino acids, quite often the first two limiting amino acids for lactating dairy cows are lysine and methionine. The National Research Council (NRC) 2001 has identified the requirements of these two amino acids based on peer reviewed research. Their evaluation concluded a relationship between the effects of supplementing MP lysine and MP methionine and increases in milk and milk protein production.

How is MP lysine supplied?
The primary source of MP lysine is microbial protein that passes from the rumen. This is why maximising rumen microbial production is a priority for nutritionists. Even when maximised, the microbial protein produced does not meet the MP lysine requirements of today’s high producing dairy cows. As a result we are forced to rely on additional sources of protein. Feedstuffs that contain a higher percentage of RUP and are utilised in dairy cow diets include: blood meal, fishmeal, and heat-treated soybean products. These products all contain an inherent level of variability. This can be attributed to the quality of the raw material or the manner in which it was processed. Excessive temperatures during processing or storing can result in binding between the amino acids and other components, which would render the amino acids unavailable to the animal. Due to these constraints, rumen protection technologies have been utilised creating a number of commercially available amino acid products.

An illustration of rumen protected lysine products with differing characteristics is shown in Figure 1.

Complex metabolism
Lysine concentration, rumen bypass, intestinal availability and metabolisable protein are just a few of the factors that are involved with successfully implementing an amino acid formulation strategy for lactating dairy cows. As can be inferred from the previous discussion, ruminant protein metabolism is complex and cannot be succinctly summarised in a single article. However, recognising a few of the basic principles related to protein characteristics and quality can allow for improved ration formulation and animal performance. Furthermore, understanding how to correctly evaluate commercial products developed to provide a rumen protected source of amino acids will allow nutritionists to incorporate these products in the most cost effective manner. 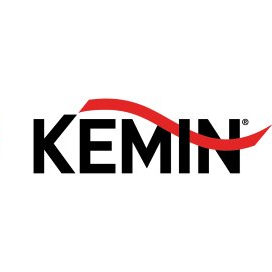 Functional amino acids to reduce the use of antibiotics