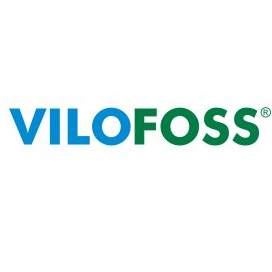 In transitioning cows the large amount of calcium they use to produce colostrum leaves them prone to calcium deficiency and milk fever which can bring on a whole host of other metabolic deficiencies. X-Zelit from Vilofoss can be used to eradicate clinical and subclinical milk fever.

X-Zelit is a dairy feed which can be used for the easy management of a cows transition period, it is a calcium binder that naturally stimulates the cow to mobilise her own calcium reserve to create an effective calcium balance around the the calving period. X-Zelit has been on the market for over ten years, the largest markets are the US, Canada, Australia and the UK. Especially in the English-speaking countries, the introduction of X-Zelit has spread rapidly. This is due to a number of factors, e.g.:

In many countries the far-off and close-up cows are grouped together, whereas in other countries it has been a long tradition to separate the two groups. In Europe, for example, there has not been the same tradition for the separation of dry cows, but it is now gaining more and more acceptance.

X-Zelit can be used to create a perfect balance during calving. Photo: Vilofoss

Focus on feeding with anionic salts

Anionic salts (DCAD) have been prevalent in many countries for 30 years. In the very countries where there has been a tradition of using anionic salts, the introduction of X-Zelit had a rapid spread. In our experience this is due to the fact that farmers are used to focusing on the dry cows and thus have worked with products against hypocalcaemia already. Therefore, they also know how difficult it is to handle DCAD in practice and that the success rate is low. Simple comparisons of plasma calcium levels at calving easily demonstrate the difference between X-Zelite and feeding with anionic salts. Many farmers perform this test on-farm.

Watch a video on the use of X-Zelit in Tasmania

An Australian trial from 2018 has directly compared the effect of feeding with X-Zelit vs. DCAD. The trial examined blood calcium content, productivity, rumination time and milk yield (Figure 1). Cows supplemented with X-Zelit demonstrated higher plasma calcium values in early lactation compared to DCAD feeding. The improvement was also observed in the production traits as both milk yield and rumination time was higher for the X-Zelit supplemented cows. The rumination time was significantly increased in the X-Zelit group, which confirms other experiments which demonstrate that the animals appear to be better equipped for the upcoming lactation.

Figure 1a and 1b – Ruminating time and milk production for groups of cows been supplemented either X-Zelit or Bio-Chlor.

The effects of X-Zelit are well documented – both through countless practical experiences and “on-farm tests”, but also through a number of well-documented major trials from Europe, the USA, Australia and New Zealand. In addition to the previously mentioned Australian experiment, for example, in 2018 a major experiment was made by Tom Overton at Cornell University and there are thus over 20 peer reviewed articles on X-Zelit.

The Cornell trial also demonstrated higher milk yield and colostrum quality. In addition, it was very interesting to see the results for reproduction, where the X-Zelit group was pregnant 19 days earlier than the control group (Figure 2). SimHerd (a simulation model) has calculated the value of the increased milk production and improved reproduction to 110 € / cow.

Similar, cows on pasture in New Zealand reduced number of days to pregnancy with 14 days compared with the control group relative to the start of the seasonal calving.

The documentation process continues and at the moment Laura Hernandez from UV Madison in Wisconsin is working on a major experiment, which has been completed and now is awaiting analysis and publication. The purpose of the experiment is to demonstrate the difference to feeding with anionic salts in production parameters, especially reproduction. In addition, there is major focus on describing the relationship between phosphorus, calcium and magnesium in feed, rumen, plasma and urine.

X-Zelit is one of Vilofoss’ great successes in the field of special products, where it has won innovation awards at major international exhibitions in e.g. Denmark, France, Poland and the USA due to its unique properties against milk fever and consequent metabolic diseases.

Vilofoss is a global leader in the premix and animal nutrition sector. We offer individual premixes and innovative mineral feed concepts to mixed feed producers and self-mixing livestock farmers within the sector of animal nutrition.. In addition, we offer a wide range of specialty products, welfare products, disinfections and other unique troubleshooters. Our promise "Feeding Success - together" More about Vilofoss…   Contact Vilofoss

Vilofoss is a global leader in the premix and animal nutrition sector. We offer individual premixes and innovative mineral feed concepts to mixed feed producers and self-mixing livestock farmers within the sector of animal nutrition.. In addition, we offer a wide range of specialty products, welfare products, disinfections and other unique troubleshooters. Our promise "Feeding Success - together" More about Vilofoss…   Contact Vilofoss