Research: What do farmers want to know about hoof trimming? 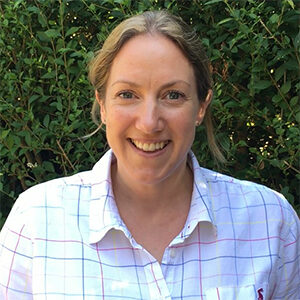 Some of the most rewarding research outcomes are those that are directly applicable on farm and have the potential to lead to real positive outcomes in terms of animal health and welfare.

However, sometimes, engaging farmers in new practices can be challenging, especially if they mean altering current management regimes or changing long-established practices. Whilst a number of surveys have aimed to gain a greater understanding of how farmers could be encouraged to implement research findings, they have not sought to specifically ask farmers where future lameness research should be focused.

Also read: What you need to know about hoof over-trimming in dairy cows

Participatory research methods are well documented and have been used extensively across many different sectors, both in the veterinary and external fields. By gaining a greater understanding of farmers’ main areas of interest and their key questions for research, it has the potential to achieve farmer support at an early stage prior to involvement of expert opinion. Ultimately, this has the potential to improve uptake of any positive research findings.

This was the focus of a recently published paper by myself and colleagues at the University of Nottingham (Preventive hoof trimming in dairy cattle: Determining current practices and identifying future research areas – Pedersen – Veterinary Record – Wiley Online Library). The aim of the paper was to determine current preventive foot trimming practices on dairy farms in Great Britain, and identify key areas for future research. The survey was undertaken in early 2017 and more than 330 dairy farmers from across Gfreat Britain responded. The herds represented ranged from extensive grazing systems to herds housed all year round, with an average herd size of 270 dairy cows and average yield of 9,272 litres sold per cow per year.

When are farmers undertaking preventive trimming?

Although the vast majority of farmers were implementing preventive trimming, there was a large variation in terms of when this was undertaken both in terms of frequency and also its timing within the management cycle. The majority of farmers implemented a preventive trim at dry off (72%) with just under half during a trim at a particular stage during lactation (44%). Trimming heifers pre-calving was only undertaken by a small proportion of herds (6%). A relatively low number of herds didn’t base their trimming protocols on stage of lactation but instead trimmed the entire herd at regular intervals (5%).

Who is undertaking preventive trimming?

There has been limited information previously about who undertakes preventive trimming on Great Britain dairy herds, with a report in the 1990s indicating that a large proportion was undertaken by vets. However, the results of this recent survey reflect a shift away from this with a rise in the number of farms employing professional hoof trimmers. Overall, on 46% of farms preventive hoof trimming was undertaken solely by a professional hoof trimmer, 32% used farm staff only for this task and 22% used a combination of both (Figure 1). This was quite interesting and demonstrates the importance of not just targeting professional hoof trimmers when it comes to knowledge exchange and improving standards, but there is also a need to involve farm staff too.

Future research areas: What do farmers want to know?

The final question of the survey was an open question: What questions do you have regarding routine trimming protocols, and what areas of routine foot trimming would you like to see researched?

Respondents were able to provide as many questions as they liked and a total of 483 were submitted. However, not all responses related to preventive hoof trimming which was interesting, particularly when some of the questions had already been answered through previous research (e.g., best way to treat a claw horn lesion). This perhaps highlights the need to continue promoting previous research findings alongside any new ones.

Within each theme, there were multiple subthemes. Table 1 shows some of the themes and subthemes along with example questions.

Table 1 – The themes and sub-themes relating to preventive hoof trimming with example questions derived from thematic analysis of answers provided during a survey of Great Britain’s dairy farmers regarding the areas they would like to be researched in the future (n = 289).

Overall, the most frequently asked questions related to when in the management cycle was the optimal time to preventively trim cows, e.g., is 60-70 days in milk better than 100 days. This was interesting considering that a large proportion of farmers were already undertaking trimming at set time points, and highlights that uncertainty remains as to the optimal time for this intervention.

This survey has shown that, despite limited evidence in the area of cattle hoof trimming, it is a widespread practice and adopted on the majority of dairy farms in Great Britain. The most common approach is to trim at specific stages in the management cycle and this is the area that farmers would most like to see as the focus of future research. However, additionally, they would like to know whether it is beneficial to trim pre-calving heifers, something very few respondents were already doing.

The results of this survey have already been used to develop and shape a randomised control trial on pre-calving heifers that helps to address both whether we should trim them, but also the optimal technique to use. Full results are expected later in 2022, so watch this space…

The role of cow claw trimming on welfare and profitability

What is the best surface to prevent lameness in dairy cows?