Schmallenberg virus spreading in the UK

The Agri-Food & Biosciences Institute (AFBI) in the UK has recently detected Schmallenberg (SBV) virus in 8 ovine abortion cases in the UK Counties Fermanagh and Tyrone.

In the recent cases in the UK, lambs submitted have had evidence of arthrogryposis (hyperflexion of the joints) of the hind limbs and fore limbs. Torticollis (wry neck) has also been observed. Further diagnostic testing has revealed the presence of Schmallenberg virus in the brain, lung and spinal cord sampled from 7 of the cases. Whilst in one of the cases no virus was detected in the samples tested, antibodies to SVB were detected in foetal fluid indicating exposure to the virus by the lamb whilst in the womb. These are first virus positive cases confirmed by AFBI in the west of the province. The Department of Agriculture, Food and the Marine in the Republic of Ireland have also recently reported suspected cases in counties Sligo, Cavan and Leitrim. Antibodies have also recently been detected in blood samples from ewes in Armagh, Antrim and Fermanagh, indicating exposure to the virus or vaccination.

Schmallenberg virus is transmitted to livestock by Culicoides biting midges. These midges are very effective at transmitting SBV and are very difficult to control. Photo: Emmy Koeleman

From Germany to other countries

Schmallenberg virus (SBV) was first identified in Germany in late 2011 as a cause of malformations in newborn calves and lambs. This virus can cause a temporary dip in production, such as milk output. However, the greatest economic impact comes from abortions, stillbirths and birth defects that can result when pregnant animals are affected. Since then, the virus has been detected in the Netherlands, Belgium, Luxembourg, Germany, France, UK and Ireland.

Schmallenberg virus is transmitted to livestock by Culicoides biting midges. These midges are very effective at transmitting SBV and are very difficult to control, or prevent from spreading the virus. Although they are less active during the colder winter months, temperatures last winter were not low enough across the British Isles to kill all infected midges. Problems with malformed calves and lambs arise when pregnant cows and sheep are exposed to the virus during a critical time window in early to mid-pregnancy. Following infection, exposed animals may give birth to malformed progeny but are likely to develop a strong immunity to subsequent infection. They are therefore unlikely to suffer any ill-effects if exposed to the same virus in subsequent years. Commercial vaccines against the Schmallenberg virus are also available for use in cattle and sheep. There is no evidence of any risk to humans from SBV infection. 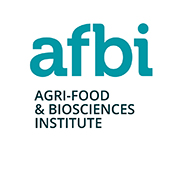