Making cows belch less methane, that’s the mission of the Swedish startup Volta Greentech. But how? By developing a seaweed-based feed supplement.

In May 2020, the company raised SEK 5 million (appr. US$ 500.000) to accelerate the scaling of the technology. Co-founders Leo Wezelius, CMO and Angelo Demeter, head of R&D explain how they address the 2 main challenges of getting the product onto the market:

Dairy Global: How did it all start?

Leo Wezelius: “It was a couple of years ago when we found out about research from Australia showing that adding a small amount of dried red seaweed to the diet of cows can reduce methane production by up to 80%. The original motivation behind this research was to find ways to optimise animal efficiency, as methane production steals energy from the cows in their digestive process. At the same time, Bill Gates had just put up a blog post explaining the magnitude of the emissions caused by methanogenic bacteria in the digestion of cattle. Reading this and realising the immense impact that this seaweed could have to help farmers make both their production more efficient and more climate friendly, we started looking into what the challenges were to actually get it out to farmers. We concluded that there are 2 main focus areas: to produce the seaweed at scale in a cost-effective way and to create economic incentives for farmers to actually use the feed supplement.”

Methane production steals energy from the cows in their digestive process.”

How do you get farmers interested in using seaweed?

Angelo Demeter: “It’s well known that methane production in ruminants is effectively stealing between 2-15% of the potential energy contained in cattle feed. Production of methane is an unwanted byproduct of the cows’ digestive system and research has shown that when you reduce methane fermentation, there is an increase in animal productivity in terms of either weight gain or milk yield. Although more research trials are needed to determine the exact efficiency increase in numbers, the 2 latest animal trials from Australia and California measuring the effect on beef cattle show a clear increase in animal efficiency following the supplementation of the seaweed.

How does seaweed contribute to the reduction of methane?

Angelo Demeter: “When cows use less energy to produce methane, that same energy can be used to increase productivity. The species of red algae seaweed that we are focusing on, Asparagopsis taxiformis, has been shown to naturally produce high amounts of the compound bromoform, which interacts with the enzymes that produce methane in a cow’s gut. Under normal circumstances a great deal of the feed a cow eats would end up feeding unwanted methanogenic bacteria in the rumen but, when this bacteria is exposed to the seaweed’s naturally occurring bromoform compounds, it no longer uses up the hydrogen and CO2 from the feed. This extra hydrogen can then be used as a good source for the probiotic fermenting bacteria in the rumen, improving digestion and boosting efficiency. There is a very interesting study that was done in Australia where cattle fed high-quality seaweed at a very low inclusion rate reduced as much as 98% of the methane production in young calves.

There’s an overall trend that consumers, especially in the Nordic markets, are becoming more and more willing to pay a premium for sustainable products.”

Will the increased animal efficiency offset the high cost of the seaweed?

Leo Wezelius: “It’s just a matter of time before we get the production costs down to a point where the increase in animal efficiency in itself is enough to outweigh the cost of using this solution on the farm. Until we reach that point, the end consumer will finance the cost of the seaweed by paying a small sustainability premium for the methane reduction.”

Do you think customers are willing to pay more for meat or milk produced with your product?

Leo Wezelius: “Yes. There’s an overall trend that consumers, especially in the Nordic markets, are becoming more and more willing to pay a premium for sustainable products. There’s a sense of urgency and a clear awareness of the environmental challenges. For many people the lack of concrete solutions to tackle global warming creates a feeling of hopelessness. By giving consumers the option to pay a small premium on their beef and dairy products, enabling them to actively contribute to getting this solution out to cows at scale and supporting farmers, I’m certain that people are willing to pay a premium. It’s just a question of communicating it in the right way, and we have a world-class team and agency backing us to meet this challenge.”

Another challenge you mentioned is to produce the seaweed at scale in a cost-effective way; what progress have you made so far?

Leo Wezelius: “This autumn we will validate the business model, optimise the core production systems and expand the research through animal trials on Swedish cows together with the Swedish agricultural university SLU. At the beginning of next year we will start selling consumer-facing products with reduced methane emissions together with one of Sweden’s largest retail companies and will then be ready to scale up production. The fun thing about seaweed is that it grows exponentially. One year ago we started with a tiny piece of seaweed on a petri dish, and now we are cultivating it in 15,000-litre tanks. It’s a step-by-step process and we’re moving closer to our goal of getting this method out to all of the world’s cows every minute.” 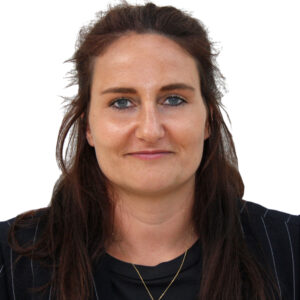