A dairy farm with a passion for Époisses cheese

In Origny-sur-Seine, in the north of Burgundy, France, we met Nicolas Jacquinot, one of the 4 associates of the family farm focused on the production of quality milk to produce Époisses cheese. Several conditions are of importance to produce this cheese.

The Gaec des Marronniers is one of the 39 dairy farms authorised to produce milk intended for the production of Époisses cheese. When arriving at the building housing 75 cows, a visitor would be surprised by the calm herd. Our visit took place on a rainy day, which meant that most of the cows were inside, enjoying the comfort of their straw bedded cubicles.

“This farm started with my grandfather in 1955,” explained Nicolas, who settled at the farm in 1995. The year 2002 is an important benchmark with the arrival of 2 new associates, Alain and Caroline, who started processing part of the milk for Époisses cheese. In 2012, Mathilde, Nicolas’ companion, joined the team as a fourth associate.

Today, the farm milks a herd of 75 cows, mostly Montbéliarde with some Brune cows, with total milk production of around 550,000 kg/year, of which 300,000 kg are processed into cheese and dairy products on the farm. “Mathilde and I manage the farm while Caroline and Alain work at the farm’s cheese factory,” said Nicolas.

Several conditions are necessary for a farm to produce milk for the Époisses brand of cheese, which takes place in Époisses, France. Only 3 cattle breeds – Brune, the French Simmental and the Montbéliarde – are used for this, and feeding practices are based on high feed self-sufficiency (at least 85%), with non-GMO raw materials and no use of urea.

“Grass is the basic ration of the herd,” added Nicolas. Cows graze 7 months/year, with a dynamic rotating pasture at spring (1 plot per day and approximately 20 acres/cow) and distribution of quality hay as soon as grass growth decreases. The hay is produced from natural meadows and protein-rich Swiss mixtures, and it is rationed at 20 kg/cow per day.

Cows producing an average of 25 kg of milk per day receive an average of 4 kg/d of a complementary concentrate based on corn, barley and non-GMO cake (soya + rapeseed) distributed via an automatic distributor.

Époisses cheese
Created in the heart of Burgundy more than 500 years ago, and in the 19th century known as the ‘king of all cheeses’, Époisses is the testimony of long-standing cheese traditions. Recognised by the ‘Protected designation of origin’ in 1991, its production using whole cow’s milk remains specific know-how and has been passed on for 5 centuries by passionate producers.

In 2022, 39 dairy farms were authorised to produce milk intended for the production of Epoisses cheese, representing a milk volume of around 21 million litres (2021). The quantities of Epoisses marketed amounted to around 1,500 tonnes in 2021, of which 30.5% was exported mainly to the European Union, Canada and the US.
In France, 70% of Époisses production is distributed in supermarkets, 25% by wholesalers, traditional creamers and catering and 5% by direct sale. The 3 breeds used for milk production (the Brune, the French Simmental and the Montbéliarde) were selected because of their long-standing presence in the production region, their ability to make good use of roughage and their high cheese quality.
Feeding practices are based on high feed self-sufficiency (at least 85%) and adopted on all authorised farms, which thus produce milk that is linked to the region – rich in protein and particularly suitable for production.

Milk is actually paid at €520/1,000 litres (€40 for quality and €40 for Époisses quality included) when it’s sold to a local cheese factory against €3,200/1,000 litres of receipts for the milk processed on the farm into cheese and dairy products.

“Last year, the cheese factory paid around €50/1,000 litres less,” said Nicolas, “but our costs increased from around €380 /1,000 litres last year to around €450 today due to the increase of many prices (feed, energy, gazole, machinery, etc.). “However, we are still profitable with an increasing gross operating surplus of around €340,000 last year.”

In another farm visit in France | Self-sufficient dairy farm aims for better profits
Located about 40 km east of Dijon close to the sources of the Seine river, the Belin farm in Burgundy, France, has always aimed for self-sufficiency and profitability with some investments. A strategy that Simon Belin, the third-generation on-farm, intends to continue. Read more…

According to Nicolas, who invested €150,000 in photovoltaic panels, the priorities of the farm include producing more and more of what is needed. “We are also looking for more and more productive and drought-resistant grasslands,” adds the farmer without forgetting the comfort of the cows by installing more hedges in the meadows.

“Our goal is to maintain and continue our farm over time to pass it on to our children,” he concluded. 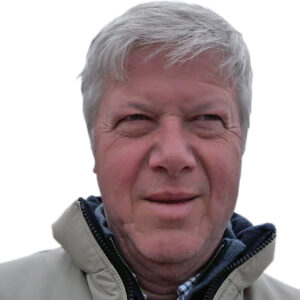