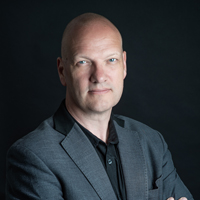 Even though Africa is a huge continent (about 3 times bigger than Europe), consisting of 54 countries with about 1.3 billion people, the continent is a net importer of dairy products. How can herd development be improved?

The continent has great possibilities for dairy farming, but still, most African countries do not produce a lot of milk. This should not come as a shock to anyone and is a known fact, and surely it is related to the developing status of the continent. The majority of African countries are still considered developing countries, and history shows us that in many countries that are shifting from the status of being a developing country the dairy farming industry often leads the way.

Why? Typically because developing countries are low-income countries that are based on farming, most often crop or meat farming. This means income is received only once or just a few times a year. The picture is completely different when it comes to dairy farming, where most farmers get paid daily, weekly or biweekly.

Of course, to develop a dairy sector, many things need to fall into place, like governmental support of the sector’s development, access to finance, good educational opportunities for the dairy farmers, sufficient service provided to the farmers, etc. But even with access to all this, and with proper education on dairy farming, we have seen quite a slow progress in many countries.

The reasons? Well, one of the reasons is the lack of access to proper milk-producing animals. Far too many farmers rely on the old local breeds, even though other breeds make sense when it comes to productivity. This needs explanation and, in my opinion, can be connected to how many see farming more as a lifestyle rather than a business. When this is the case, we often see how feelings and opinions weigh more than logic.

Let me give you an example. To speed up the development of the dairy sector in Nigeria, much work is being put into building infrastructure and the needed service related to dairy farming, but also in training for both current farmers and people working in the service sector like local veterinaries, advisors, etc.

Earlier this year, I was giving a series of lectures to students and professors from the agricultural university sector discussing dairy farm management. One of the many questions I got from the audience related to my presentation about the Holstein dairy breed and the potentials related to that breed when properly managed.

“Can’t we just continue to use the local Nigerian dairy breed, White Fulani, and have a breeding programme to increase the yield? Then, in time, we will reach the same levels as the Holstein. It would be a shame to abandon this breed, which has been with us for thousands of years.”

ALSO READ: Dairy farmers need different advice for the same issues
I have worked with dairy farmers in several countries, on different continents, for the last 2 decades. As we all know, farmers are different but they have many things in common, too, other than the cows of course, within each country or region. Read more…

This is a classic case where feelings are taking over. The answer to this question is, of course, “yes, well, if you have enough time on your hands”. It would take many decades to get the White Fulani breed to just low levels of Holstein cows as the White Fulani cows have today an average yield of 1.5-2 kg per day, which is less than the Sana goat breed that is widely used in Europe.

In short, it is possible but will take an enormous amount of time, and I doubt any breed in the world that is starting from a low level of daily yield will ever catch up to the Holstein cows’ production as they are continuously developed. It is like trying to participate in a Formula 1 race – to win, you need to have everything under control and drive the right sportscar. Even though your old Volvo is good and reliable, it cannot win the race and never will.

We simply cannot wait for several decades for the cows to make proper volumes of milk – we need it much quicker than we can get even by using all modern genetic technology known. If foreign genes are not brought in, the gap between local and best international dairy farms will remain huge.

This is why we recommend local farmers in Africa to take bigger steps towards the future by improving their herds with all means necessary, but then they also need to be ready to change their way of farming and do proper dairy farm management.