Dryer silage and scarce forage stocks demand the best silage management possible. Loss of dry matter in the bunk and deteriorating palatability at the feed gate have to be kept at bay. Farmers preserve rations and keep them more palatable by using silage inoculants.

The use of silage inoculants is a valuable management tool to prevent dry matter loss and palatability. The use of silage inoculants keep total mixed rations stable during the day, especially during the summer months. However, usefulness outside these months is increasing. Susceptibility to heat damage after opening of the bunk increases as a result of grass silages becoming drier. Especially the size of the bunk slows down the feeding rate and extends the time the edge of the silage is exposed to oxygen.

According to figures from BLGG AgroXpertus the average dry matter percentage is 48% and a quarter of the bunks are even drier. As a result, the possibility of air entering the silage after opening and doing damage is higher. In addition, grass and corn contain more yeasts, moulds and mycotoxins which further increases the susceptibility to heat damage.

Heating is nothing but the production of heat by active yeasts in the bunk. Yeasts need oxygen and sugars for that. Oxygen is readily available at the open silage front. Nowadays, there is no lack of sugars as the sugar levels in silages increase rather than decrease. The heat produced by yeasts, cause substantial rises in temperature. In the summer that become more than 20 degrees. A rise in temperature of only one degree already leads to dry matter loss of 0.25%. That comes down to 5% at a 20 degree rise on a summer day. The same applies to feed that lies at the feed gate all day. Because yeasts and moulds break down the proteins in the ration, the nutritive value drops. This can add up to a loss of 10% in just one day. Add to that taste loss, causing cows to eat less. Besides the risk of production loss more feed is left over after feeding, which entails a second economic loss. And of course, the feed that is left needs to be cleaned away as well.

Correct silage management could already prevent much of the heating in silage. Proper compaction and immediate covering of the silage is recommended. After feed out, heating may be reduced by providing smaller amounts more often during the day. However, this is not often the case, because growing companies often lack the time to do so.

With the size of dairy farms increasing, combined with a highly variable silage quality, this will lead to more and more use of silage inoculants in mixing rations. Due to the tight roughage position and the increasing livestock numbers, farmers want to use every available kilogram of roughage to the maximum. This creates tension with regard to feeding.

Once the bunks are filled and sealed, the process of silage fermentation begins. Inoculants are a tool that can be used to help in the fermentation process and keep spoilage organisms at bay. Silage inoculants contain anaerobic bacteria that produce lactic acid. Bacteria in commercial products usually contain Lactobacillus species, various Pediococcus species and Enterococcus faecium. These bacteria have been selected to grow rapidly and efficiently resulting in an increased fermentation rate. In addition, the products of fermentation include higher levels of lactic acid and lower levels of acetic acid. The primary economic benefits of using an inoculant include improved dry matter recovery and animal performance. Applying inoculants can reduce dry matter losses by 2 -3 % in a well-managed bunker. The shift in fermentation products with higher lactic acid and lower acetic acid can increase animal feed efficiency since animals can utilise lactic acid more efficiently than acetic acid.

For farmers who are unable or unwilling to feed small rations more often per day, silage inoculants are a solution. These contain organic acid compounds that kill yeast and mould in the feed. The use of inoculants ensures that the total mixed ration remains alright for at least a day. When administering silage inoculants to the bunk it is of the utmost importance to do so according to the instructions of the supplier, otherwise it is of little use. The dosage of the products depends on the dry matter percentage, the pH and on the time the ration lies at the feed gate.

Most silage inoculants on the market contain buffered acids. If they didn’t, long-term use would affect the metal of the feeding wagon and the concrete of the feeding alley. Buffered acids have the added benefit that they have a positive effect on the digestive system of the cow. 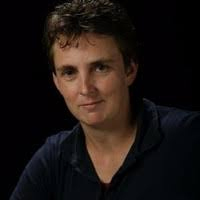