10 lessons on mycotoxins in dairy: A case study 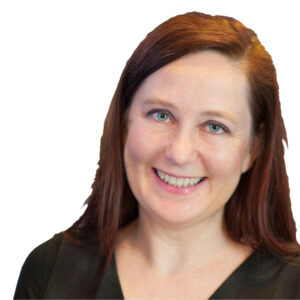 Like most dairy farmers, the owner of a 1000-head dairy operation located northwest of Beijing, China was well aware of the dangers posed to cows by aflatoxin-contaminated feed. He was also conscious of the risk of carryover of ingested aflatoxins into milk at a rate ranging from 1 to 6 % that could endanger human consumers.

With this information at hand, he decided to implement a mycotoxin deactivating feed additive (Mycofix®) at 20 to 25 grams per day per cow. A few months passed without issue. Plans to construct a new barn faced headwinds when the price of milk dropped and production cost pressures mounted—leading the dairy owner to cease the mycotoxin risk management programme. In just a few days, the herd’s abortion rate significantly increased.

The total mixed ration (TMR) had only trace amounts of mycotoxins, indicating that the alfalfa silage was the likely source of mycotoxin contamination. The owner reintroduced application of Mycofix® at a similar dosage as before, and within 10 days everything had returned to normal.

1. Aflatoxin is not the only dangerous mycotoxin

The reproductive issues observed in this case were likely the results of zearalenone, a potent estrogenic mycotoxin linked to a number of reproductive issues. Aflatoxins, zearalenone, deoxynivalenol, T-2 toxin, fumonisins and ochratoxin A are a few of the mycotoxins most commonly found in finished feed, corn (maize) and corn silage. These most well-known mycotoxins, recommended risk thresholds and effects are listed in Table 1.

A common misconception is that because cows are less sensitive to the effects of mycotoxins than other livestock species that mycotoxin risk management is optional or only necessary in response to a severe mycotoxin challenge. As the case study in China and Table 1 demonstrate, the reality shatters this myth. Many dairy producers across the world have had similar experiences, forgoing a mycotoxin risk management programme when faced with low milk prices or cost pressures, only to have sudden problems relating to insemination rates, lower milk production, diarrhoea, elevated somatic cell counts, higher incidence of diseases such as hoof disease or mastitis, and reproductive failure. (See Mycotoxins in Dairy for further case studies).

3. The rumen’s ability to degrade mycotoxins varies a lot

Cows’ lower sensitivity to mycotoxins is due to their degradation in the rumen. Rumen biotransformation of various mycotoxins happens via certain microorganisms (e.g. protozoa) which have certain capacity to metabolise particular mycotoxins. While some researches have postulated that toxin degradation can reach up to 90% for some mycotoxins, estimates vary widely and differ for each mycotoxin. Several studies have shown that in the presence of some mycotoxins, rumen microorganisms are altered and do not have the expected detoxification capacity.

4. Mycotoxins can become more harmful in the rumen in some cases

Ruminal degradation does not always render mycotoxins harmless. In the case of zearalenone, which is metabolised via protozoa to α- and β-zearalenol, the beta form has been shown to be a less-toxic metabolite, whereas the alpha metabolite results in an even more estrogenic compound compared to zearalenone itself.

5. Higher throughput leaves less time for the rumen to work

The level of zearalenone degradation in the rumen seems to be strongly connected to the level of feed intake and the resulting retention time of the feed. High-producing dairy cows with a daily feed intake of 26 kg dry matter, for example, have higher throughput which reduces the time allotted for detoxification.

6. Not all mycotoxins can be detected by traditional methods

A well-known problem within ruminants is subclinical or acute acidosis (SARA/ARA). This syndrome of low rumen pH often occurs in high-producing dairy farms, especially when the feeding regime is impaired or stress situations impair the ruminal flora and lead to dysbiosis. It is assumed that during acidosis the numbers of protozoa decline and as one of the most important mycotoxin-degrading agents, this leads to a decreased degradation and therefore, higher levels of mycotoxins can pass to the intestine and exert toxic effects.

8. Several factors can impair the rumen’s ability to degrade mycotoxins

Table 2 explains several factors that influence the degradation of mycotoxins in the rumen. Taken either separately or together depending on the circumstance, these can lead to greater mycotoxin exposure and harm to animals.

9. Protection against a broad spectrum of mycotoxins guards against a shifting mycotoxin threat

A number of common moulds found in the field produce a variety of harmful mycotoxins that impair dairy cow health and performance. Different groups of mycotoxins differ structurally from one another. While the dairy owner in this case initially implemented a mycotoxin risk management programme to counteract aflatoxins, a robust programme will combine several strategies, or modes of action, to counteract a broad range of different mycotoxins.