Automated phenotyping technologies to measure body temperature provide a new tool to manage livestock. Due to large animal-to-animal variation, measurement at the animal level is useful to manage heat stress and disease. New technologies and opportunities are emerging.

Traditional measures of temperature and indicators of elevated body temperature have been used to identify sick and heat-stressed animals. Rectal temperature is among the mostly commonly used measurement of body temperature. Additional indicators of heat stress include respiration rate, sweating rate, and blood flow measurement. These types of measurements are very labour intensive to collect. Automated phenotyping could provide temperature data in real time that would allow immediate intervention to prevent animal health–related losses. Here, the implications and potential uses for current technologies are discussed with particular emphasis in detection and prevention of heat stress.

A number of different, but related, ear temperature monitoring systems have been developed for use in cattle. Among the most well-known ear temperature–sensing devices are the Fever Tag system. These devices are mounted on the ear and have a temperature sensor that is placed within the ear canal to measure body temperature. Examples of applications have been used primarily for detection of fever due to illness, but these tags could also be used to monitor heat stress. These devices flash a light out of the ear in a way that is meant to be visible from a distance when observing the head of an animal. To get an accurate reading, it is critical that these devices are properly inserted into the ear canal so that the temperature probe is retained in the correct position. In addition, environmental factors such as sun exposure could impact temperature readings, particularly if the sensor is not maintained in the correct position. Studies seeking to use these ear temperature–sensing devices to identify animals at the onset of fever have had mixed results. Most of these technologies transmit data wireless for remote use. In addition to collecting temperature data, many of the automated technologies record activity data using a 3-axis accelerometer to quantify animal movements. Accelerometer information can also be useful for predicting rumination in cattle, and could also be used to identify an animal hanging it’s head lower during an illness.

Rumen boluses have the potential to provide many types of information about ruminants, including rumen pH, rumen temperature, and activity. These devices when placed in cattle are actually located in the reticulum or near the junction between the rumen and reticulum. Among the advantages of this data type is that it can be transmitted wirelessly to data readers. In addition, while these devices are not reading data, they can act as a data logger to keep short-term amounts of data to then transmit in batches when near a receiving antenna. These devices are sensitive in reading body temperature but impacted by water volume, feed intake levels, and rumen micro-organisms. In fact, rumen temperatures tend to run around 2°C higher than rectal temperatures due to heat produced by microbes in the rumen. One downfall of data from rumen boluses is that it is limited to a set time duration that the sensors will continue to transmit data before they stop recording and transmitting information (roughly 150 days or until the battery fails). The boluses can only be used one time and require additional equipment to capture the data.

Vaginal temperature measurements have been suggested to be extremely sensitive to picking up changes in body temperature, based on studies in humans. In cattle, it appears that the ability to detect fever or other temperature changes was nearly identical when comparing automated rectal and vaginal temperature sensors. Vaginal thermosensors appear to work well to detect increased body temperature in response to LPS treatment, which mimics inflammation and fever. Multiple vaginal thermosensor technologies have been used in cattle. These devices can log considerable amounts of data but lack the ability to transmit the data wirelessly. Examples of side-by-side applications were conducted previously. One challenge with implantable sensors is that the size of the device may dictate its application in some species, making some technologies handy for use in animals of smaller size, such as heifers, pigs, sheep, and goats, compared with bulkier devices. Burdick et al. (2012) and Davis et al. (2003) also considered automated indwelling rectal temperature measurement probe and determined that these devices have similar sensitivity to the less invasive vaginal probes. Despite their more invasive nature, indwelling rectal temperature probes may be the most accurate and sensitive alternative for measuring body temperature in male animals for research purposes. However, stability of rectal probes, the influence of faecal temperature, and keeping them stationary may be limitations in collecting accurate indwelling sensor temperature data.

A variety of implantable devices are also available for temperature sensing, and new wearable technologies are constantly being developed. Devices have been developed for implantation around the rumen in cattle, which could be placed in other areas throughout the body. Microchip devices have been tested in pigs to sense body temperature, some of which can be read easily through radiotelemetry with a wand. Microchip technologies to measure body temperature in pigs have been found to generally correspond well to rectal temperature, typically ranging at 1°C lower than the rectal measurement. Many similar types of implantable devices have been developed, but all require invasive procedures to place the device within animals. Kou et al. (2017) recently described a method of measuring body surface temperature with a new wearable device worn on the leg of cattle. The method, which measures temperature at close contact to the muscle, was reported to be highly correlated to rectal temperature.

Thermal imaging holds great promise in detecting a combination of temperature and behavioural data that is likely related to heat and disease stress. To use thermal imaging on a large scale, software-based assignment of body temperature would be extremely helpful but requires considerable computation. Development of this software is a rapidly evolving area. Determining where to mount cameras to get the best images and where to take the thermal images of the animal are important considerations. A large number of body areas have been used as references to get consistent and accurate body temperatures, with varying results in pigs. Measurements at the eye and base of the ear appear to work best in swine, though there is considerable variability. In cattle, thermal imaging has been used to attempt to predict heat stress. In beef cattle, infrared thermography was successful at identifying heat-stressed animals but could not identify animals at risk of heat stress early in the day. Information about the best location to measure temperature has been defined in dairy cattle. Thermal images taken from the forehead were most closely related to rectal temperature in Jersey cattle, while right and left flank were mostly closely related to the calculated thermal humidity index (THI). Recently, hand-held thermal imaging devices have been tested as an alternative approach to capture thermal images. Thermal cameras can cost a few thousand to tens of thousands of dollars and require considerable time to review the images unless software is available to filter and review the data.

In order to use thermosensing data in real time to make management decisions, a number of important factors should be considered. Data collection needs to be truly automated. Data transmission through radio telemetry (wirelessly) is critical for getting up-to-date information on individual animals. Sensitivity and variability of temperature measurements are important considerations. The frequency of measurement in which these devices collect data is also important. Having data is advantageous to observe acute variation, but in other cases, frequent temperature observations may be uninformative because temperatures may not deviate or factors like water consumption may impact temperature readings. Environmental factors and measurement location on the animal can also impact the accuracy, sensitivity, and variability of measurements. Thus, monitoring local ambient temperature, humidity, and airspeed are important factors in evaluating automated data collection. Technologies that reduce the need for human intervention may provide a more accurate assessment of body temperature. Ease of configuring these technologies in facilities or on animal (i.e., in a stable, easy to identify anatomical location) is also important. All of these technologies will likely have challenges with animal-to-animal variation in stable body temperature, making it difficult to declare a common activation threshold to declare a fever or heat stress in all animals. Use of individual animal temperature data over time is likely needed to set individual specific body temperature thresholds. Costs of these technologies and tradeoffs in their measurement accuracy in comparison with rectal temperature (i.e., the current gold standard) will also guide which technologies will provide the most helpful information to prevent heat stress and disease-related losses.

Automated temperature detection devices have a wide array of potential applications within industry. Beyond the applications described to monitor animal health and potential heat stress, these data could be associated with trait phenotypes to determine whether they have used as indicator traits for selection of more disease resistant or heat tolerant cattle. Various temperature measurements may be related to other quantitative production traits of interest (e.g., growth rate, feed intake). In addition, it has been suggested that maternal heat stress may have profound life-long effects on offspring health, growth, and survival, making these data useful in managing gestational environment. Development of software to collect, manage, run predictive models, integrate, and serve data to cattle producers using meaningful and easy to interpret analytics is important. At this time, these aspects of automated temperature phenotyping need considerable development. The development of portable device applications such as phone apps will also be critical to facilitate data collection, annotation, and interpretation on-farm. 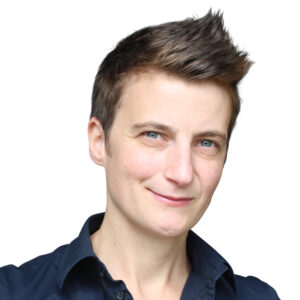 How do dairy breeds perform on pasture?