In the European market, dairy prices made a positive jump, just before Easter. However, this increase should not be interpreted as a direct and complete recovery of the European dairy market.

We can not speak about a recovery, because frankly, the milk supplies in the European Union simply still remain too big for the market demand. In January alone, 4% more milk was produced in the EU and one way or the other, these extra volumes of milk have to find their way on the world market.

The European Commission remains with the storage of around 375,000 tons skimmed milk powder. Photo: Twan Wiermans

Meanwhile, the European Commission remains stuck with the storage of skimmed milk powder (SMP). Although more than 4,000 tons were sold from intervention at the end of March, the market is still providing little air. In practice, this means that 375,000 tons are still stored. The supply in the last week of March (48,000 tons) was only a small part of this total volume. Eventually a total of 4,127 tons was sold against the highest price of € 1,121 per ton. The lowest selling price was set at € 1,050 per ton. The latter was considerably below the market price which was set around € 1,300 per ton. This makes it obvious that the sale from intervention is not going fast enough. The current baby steps made in selling the SMP stocks will probably mean that it can take years before the situation is improved and the storages are clean again. However, as of March, the stocks are being filled up again.

US milk also on the rise

But an increase in milk production is not only seen in the European Union. The US Department of Agriculture (USDA) estimates that milk production in the United States will reach more than 99 billion kilos by the end of 2018. That is significantly more than US farmers produced in 2017. Last year, the production ‘only’ reached 97.8 billion kilos of milk. The expected increased volume to reach the market will mean that the milk prices will also be affected and have to take a step back. This means that the market situation in the United States hardly differs from the European dairy market.

In times where the European Union and the United States expect an increase in milk production, production in New Zealand is declining slightly. The USDA expects that New Zealand farmers will reach a total production of 21.42 billion kilos this year. This is around 1% less then what was produced in 2017. Last year, the New Zealand dairy sector reached a total of 21.53 billion kilos of milk. Statistics, provided by the European Commission, from the beginning of this year shows that New Zealand has boosted the export of whole milk powder considerably. In January, the country exported 16% more full milk powder than in the same month last year. In total, the exported volume reached 152,000 tons. At the same time, the export of butter is a totally different story. The export of the butter fell by 22% to 35,000 tonnes in January. A year ago, New Zealand still exported a little under 45,000 tons in January. Nevertheless, New Zealand remains the largest exporter of butter on the world market by far, on a far distance followed by the European Union (17,000 tons) and the United States (3,000 tons).

In January this year, the biggest demand for dairy products came from China. More butter, cheese, whole and skimmed milk powder went to China. Especially the Chinese import of whole milk powder increased considerably in January. In total, China imported 139,000 tons of whole milk powder. This corresponds to an increase of 29% compared to the volumes imported in January, 2017.

Milk needs to find a place

Given the fact that dairy exports have been increasing at a global level, and especially to China, the dairy industry seems to realise that the extra milk production has to find a place. That offers hope for milk prices. At the end of last year, the milk prices were actually a little bit too high. With the price decreases in the first months of this year, the global dairy market it looks like that the market is ready to stabilise again. 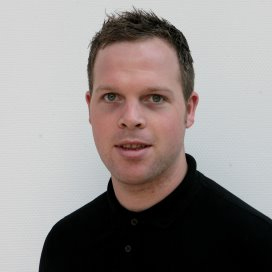